Breaking News
Home » NEWS » GTA 5 PC, PS4, Xbox One has not been delayed according to Rockstar 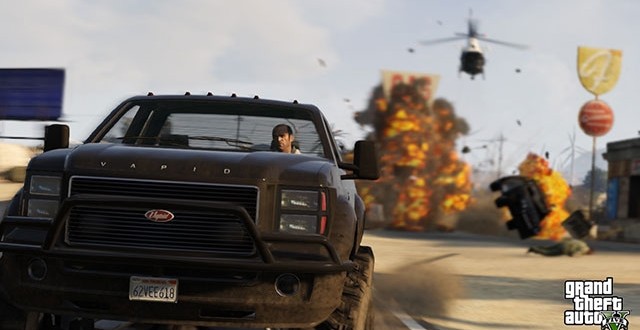 GTA 5 PC, PS4, Xbox One has not been delayed according to Rockstar

Lately we’ve heard plenty of rumors saying that the PC, PS4 and Xbox One versions of GTA 5 have been delayed until 2015. These rumors managed to upset a lot of people seeing as how next-gen and PC gamers have already been waiting for ages to see the game on their platforms. Luckily, Rockstar itself came out recently and said that nothing has changed since they first announced back at E3 that GTA 5 will arrive on the other platforms this Fall. “I’m also looking forward to the PC release, however this release date has not changed,” someone over at Rockstar support said. “Please see our support article, “Grand Theft Auto V Release Date on PlayStation®4, Xbox One, and PC” for the most recent information on this topic.”

The person who was concerned about the possible delay was only asking about the PC version, but as far as we know the PS4 and Xbox One versions of GTA 5 will also release on the same date as the PC version. Rockstar didn’t announce a specific release date and the post doesn’t offer any clues either so we’re still left guessing for now. Word on the street is that November 1st is the game’s provisional release date, which means that it should release close to that day. Since games in the US usually launch on a Friday we should expect GTA 5 to arrive on PC, PS4 and Xbox One on October 28th or November 4th. This information comes from an European retailer who made the announcement a few days ago, but has since deleted the post so maybe people weren’t supposed to know about it yet.

In any case, most rumors and leaks suggest that GTA 5 will launch on the missing platforms in late October or early November, which makes sense and coincides with the “Fall” release window given by Rockstar. We’ll let you know as soon as we learn something more solid so stay tuned.

I’m Load The Game’s co-founder and community manager, and whenever I’m not answering questions on social media platforms, I spend my time digging up the latest news and rumors and writing them up. That’s not to say I’m all work and no fun, not at all. If my spare time allows it, I like to engage in some good old fashioned online carnage. If it’s an MMO with swords and lots of PvP, I’m most likely in it. Oh, and if you’re looking to pick a fight in Tekken or Mortal Kombat, I’ll be more than happy to assist! Connect with me by email markjudge (@) loadthegame.com only
@@MarkJudgeLTG
Previous Blizzard hopes that Hearthstone will be around for at least 10 more years
Next Borderlands: The Pre-sequel will feature a Season Pass