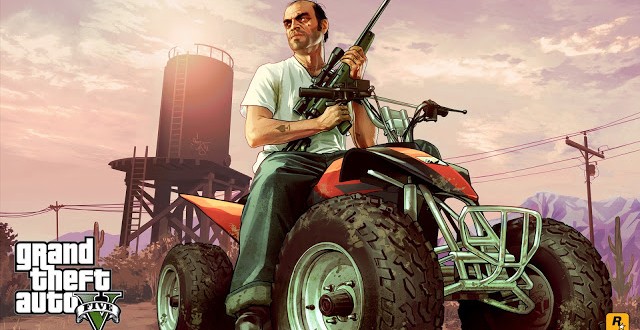 Rockstar already confirmed back at E3 that GTA 5 will be arriving to the PC, PS4 and Xbox One some time this Fall. Unfortunately the developer didn’t give a specific release date at the event, nor did they announce anything after E3 for that matter. So we’re still not sure when the game will come out for PC and next-gen consoles, but there is someone who does apparently. A European retailer called GAME claims that GTA 5 now has a provisional release date and they know when it is. We have no idea if they got this information from Rockstar or not, but GAME is positive that November 1st is the provisional release date.

However, there seems to be a small problem with this date as November 1st lands on a Saturday, which is generally not a good day to release a game mind you. But GAME followed by emphasizing that this is merely a  provisional release date so we should expect GTA 5 to arrive to the PC, PS4 and Xbox One sometime close to that date instead. “Like we said earlier, it’s a provisional release date. As soon as we know more we will let you know.” Usually games launch on a Tuesday in the US and on a Friday in Europe, which means that GTA 5 will release on October 28th or November 4th in the US and October 31st or November 7th in Europe if the retailer is right. GAME is also assuring us that they’re not trolling, but take this with a grain of salt for now anyway. “We do no such thing! We are only informing our friends of what we know as we know it,” GAME says.

We’ve heard before that GTA 5 will arrive on October 28th so the retailer might be on to something here. Moreover, another European retailer was claiming November 7th so we might see the game on November 4th in the US. In any case, both dates are close to the provisional date suggested by GAME so it looks like this is more than a coincidence. As mentioned, Rockstar confirmed that GTA 5 will release for PC and next-gen this Fall, which means that we will definitely get to see it very soon regardless.

I’m Load The Game’s co-founder and community manager, and whenever I’m not answering questions on social media platforms, I spend my time digging up the latest news and rumors and writing them up. That’s not to say I’m all work and no fun, not at all. If my spare time allows it, I like to engage in some good old fashioned online carnage. If it’s an MMO with swords and lots of PvP, I’m most likely in it. Oh, and if you’re looking to pick a fight in Tekken or Mortal Kombat, I’ll be more than happy to assist! Connect with me by email markjudge (@) loadthegame.com only
@@MarkJudgeLTG
Previous Quake Live is undergoing major changes in preparation for its Steam release
Next Dragon Age: Inquisition will feature co-op multiplayer