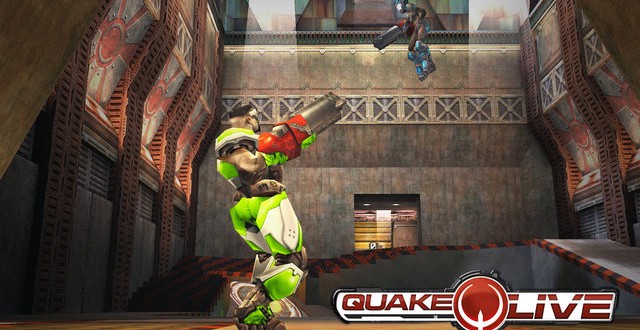 We’ve heard last month at QuakeCon that Quake Live will be making its way to Steam at some point in the feature. Now it seems that moment draws near as a new update aimed at making the necessary preparations for the transition was recently implemented. This update changed some very important aspects of the game and made it a bit more friendlier to newcomers. Following these changes, Quake Live now allows players to equip one primary weapon and one secondary weapon from the loading screen, global Ammo Packs have been added and the respawn time of ammo was reduced from 40 seconds to 10 seconds. Also, players can now “bunny hop” by pressing forward and jump, which allows them to gain up to 2x their base movement speed.

Other major changes include the addition of a visual item timer, the addition of a new weapon called the Heavy Machinegun, the addition of a new in-game user interface and many more. The full list of changes is quite extensive, but can be viewed here if you’re curious. In any case, while some new players are welcoming some of these changes, veteran Quake Live players are very upset about all of this. They claim that this update not only goes against the community’s wishes, but downright kills the game and takes away from its skill-based nature. On the other hand, this approach is bound to attract more players once the game releases on Steam, which is what they were aiming for anyway. However, many long-time players are actually cancelling their Premium subscription because of the update so there’s certainly more to lose than there is to gain for the moment.

“Quake is a masterful game of skill, often compared to Chess by its veteran players. However, with that depth has come a challenge to welcome and capture new players long enough for them to discover the joy to be found in what many consider the finest Deathmatch game ever made.” said the Quake Live team. “For new players, it has been quite clear what the greatest barriers are: effectiveness on spawn, movement, and item control. These elements on several levels also make our game great, so we wanted to see what could be done to make the game a more enjoyable experience, all while teaching players a bit of the meta-game depth.”

As for the update, the team says that “these changes have not been introduced for the new player alone. We feel that these elements overall help bring Quake one step closer to being a modern shooter, while still holding true to our roots of remaining an incredibly fast paced old school shooter. We’ve had a lot of fun with these new additions, and hope that you learn to appreciate them.”

I’m Load The Game’s co-founder and community manager, and whenever I’m not answering questions on social media platforms, I spend my time digging up the latest news and rumors and writing them up. That’s not to say I’m all work and no fun, not at all. If my spare time allows it, I like to engage in some good old fashioned online carnage. If it’s an MMO with swords and lots of PvP, I’m most likely in it. Oh, and if you’re looking to pick a fight in Tekken or Mortal Kombat, I’ll be more than happy to assist! Connect with me by email markjudge (@) loadthegame.com only
@@MarkJudgeLTG
Previous Samsung Galaxy Note 4 vs LG G3 Stylus – Veteran vs newcomer
Next GTA 5 PC, PS4, Xbox One provisional release date revealed