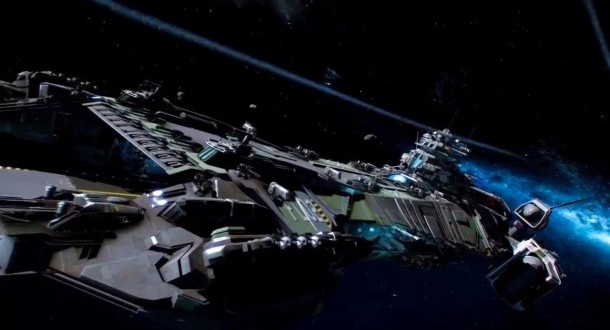 Cloud Imperium Games and Robert Space Industries are planning to bring to the table a smashing game changer with their upcoming PC title, Star Citizen. Game director, Chris Roberts claims that Star Citizen is one of the hugest MMO space simulator projects the gaming world has ever seen. His claims seem to be backed up by the millions of dollars that are still being poured in the development of the game. Over $50 million, to be more accurate. Obviously, Roberts and his team had a vision, and it’s a big one. Star Citizen will incorporate first-person space combat and first-person shooter features to be topped by a massive multiplayer persistent universe, customizable private servers, complex single-player mode, and a multiplayer co-operative campaign, titled Squadron 42. The game is built on a modified version of CryEngine 3 and will feature Oculus Rift support.

The game is set in a 30th century vast outer universe presenting a fictional ruling empire, the UEE (United Empire of Earth), inspired by the extinct Roman Empire. The main theme of the game revolves around citizenship, which will be one of the players’ main targets. Though difficult to obtain, the challenge promises to be highly lucrative, according to developers. Another fresh and clever addition to this game will be the high range of alien languages specially developed by professional linguists. The three alien clans featured in Star Citizen are Vanduul, Xi’An, and Banu, which will be each granted with a complex pallet of languages. Also, the game will showcase an increased focus on player interaction, featuring advanced player AI influenced by a dynamic economy system.

Taking all of these into account, Star Citizen is a PC title with big dreams and even bigger promises. MMO fans should expect a game that will blow the doors off the competition, a unique and never seen before space flight simulator. Some might compare it with current release Destiny, on a larger PC scale, despite the fact that Bungie has been hesitant in ranking it in the traditional MMO category. Star Citizen’s massive level of detail will be forcing avid gamers to dig deep into their pockets if they want an optimal gaming experience, as the game sets to be an insatiable SysReq beast craving for a monster PC rig. According to game-debate.com, we will be getting an important volume of information on Star Citizen in the course of the following weeks. The game is scheduled to launch next year, on Windows and Linux platforms.

I'm Razvan, a sports and first-person shooter enthusiast. I've always loved writing, even more so when it involves games. When I'm not playing on my PS3 or writing, I like to run exhausting cardio workouts, play soccer, watch a good movie, or read a good book.
Previous Freelance developer finds a way to run Android apps on Windows, Mac, and Linux PCs
Next New Oculus Rift “Crescent Bay” showcases amazing features