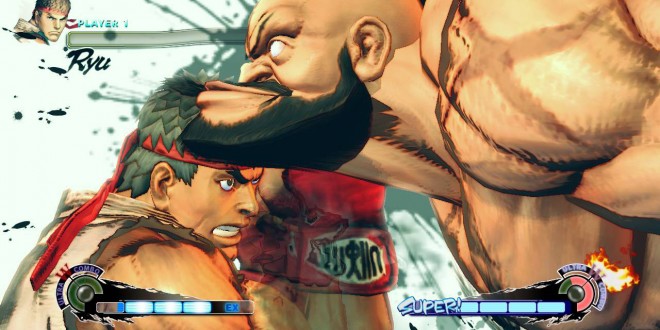 Ultra Street Fighter 4 gets “on the house” Omega Mode and 1.04 patch

Capcom is all about pleasing Ultra Street Fighter 4 fans. Longtime developer announced the release of the new Omega Mode, a freebie DLC, which is due for later this year, according to the Capcom Unity blog. The 1.04 patch will alter normal and special attacks within Ultra Street Fighter 4’s roster, provide improvements to the online experience for PC users, and much more. The patch is a follow up to the 1.02 version released earlier this year, and is a response to the increasingly high number of player reports demanding for improvements in different areas of the game. So, this update is specially intended for those devoted fans.

Here are some notable fixes to be introduced:

The 1.04 patch is scheduled to come out this October. Thankfully, the list of updates doesn’t end there. Capcom has announced a completely free and new Omega Mode which will add a fun twist to the 44 Ultra Street Fighter 4 characters. The Omega Mode features the entire Ultra Street Fighter 4 roster, in which every character has been modified in terms of normal and special attacks. Here is how developers describe this new mode: “As the primary goal for this mode was fun, we placed more emphasis on making the characters feel new, than on their balance. This means that strong, fan favorite attacks such as Ken’s Shinppu Jinrai Kyaku and Sagat’s Tiger Raid make their return while other characters such as Zangief gain new abilities, like being able to combo into his command throws.” Most likely, the Omega Mode will be playable online. Ultra Street Fighter 4 is currently available for PS3, Xbox 360, and PC. Watch the Omega Mode trailer below:

I'm Razvan, a sports and first-person shooter enthusiast. I've always loved writing, even more so when it involves games. When I'm not playing on my PS3 or writing, I like to run exhausting cardio workouts, play soccer, watch a good movie, or read a good book.
Previous New Oculus Rift “Crescent Bay” showcases amazing features
Next Android L is coming on Samsung Galaxy S5 and Galaxy Note 4