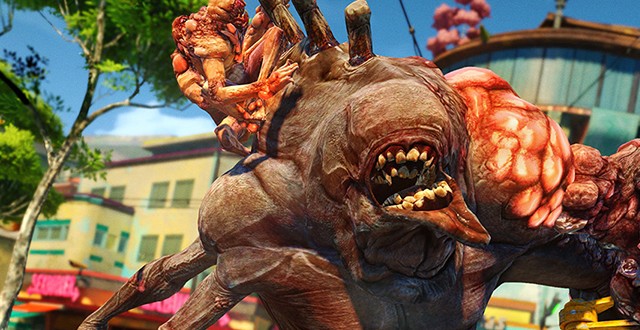 Insomniac Games hopes to turn Sunset Overdrive into a franchise

New IPs are becoming more and more rare these days, but not completely unheard of fortunately. Insomniac Games is a developer that worked hard to create a refreshing new experience and they’re calling it Sunset Overdrive. The game is only due to launch next year, but Insomniac is already planning a bit for the future and CEO Ted Price admitted that he would like to turn Sunset Overdrive into a franchise at some point. He didn’t go into further details regarding this, but said that he hopes players will enjoy the new shooter mechanics introduced with the upcoming game. Ultimately a sequel will only be made if the original title is going to be successful. It’s too early to say if that will end up being the case, but Price definitely seems confident and eager to show us the new mechanics.

“Yeah. That’s the obvious answer,” Price told Eurogamer when asked about his hopes of turning Sunset Overdrive into a franchise. “But I also hope players enjoy the mechanics we’re introducing for shooters, what I feel is a very different approach to moving from an open world and engaging in combat. For all of us that’s been an exciting journey to figure out how that can work. It’s probably difficult for readers to understand what I’m talking about, because you’ve got to get your hands and play it and experience it for yourself.”

Elsewhere, Price revealed that Sunset Overdrive was developed from the get-go for next-gen. “Yes, we did,” Price answered when asked if this was meant to be a next-gen experience from the start. “The original concept was of an open-world game, and we wanted to bring the same level of detail we provided in our more linear games to an open world, which we knew would be tough to do without moving onto more powerful consoles. Like all of our games, it evolved along the way. There were certain things that worked and certain things that didn’t work. But this game has stayed very true to what we all envisioned at the beginning in terms of style and tone. In terms of mechanics we found our sweet spot relatively early.”

The interview touched on several other subjects as well, but I find one to be more interesting than the rest. As you may or may not know, Sunset Overdrive is an Xbox One exclusive title, but will it stay like that forever? I mean, games like Dead Rising 3 and Ryse Son of Rome also started as Xbox One exclusives, but a PC version was eventually developed as well. Price was asked if Sunset Overdrive will come out on PC at some point, to which he replied “We’re just focusing on Xbox One.” That’s definitely not a confirmation, but it’s not a denial either so there’s some hope at least.

I’m Load The Game’s co-founder and community manager, and whenever I’m not answering questions on social media platforms, I spend my time digging up the latest news and rumors and writing them up. That’s not to say I’m all work and no fun, not at all. If my spare time allows it, I like to engage in some good old fashioned online carnage. If it’s an MMO with swords and lots of PvP, I’m most likely in it. Oh, and if you’re looking to pick a fight in Tekken or Mortal Kombat, I’ll be more than happy to assist! Connect with me by email markjudge (@) loadthegame.com only
@@MarkJudgeLTG
Previous What is the Ello social network?
Next Uncharted 4 designer leaks an image of next-gen Nathan Drake