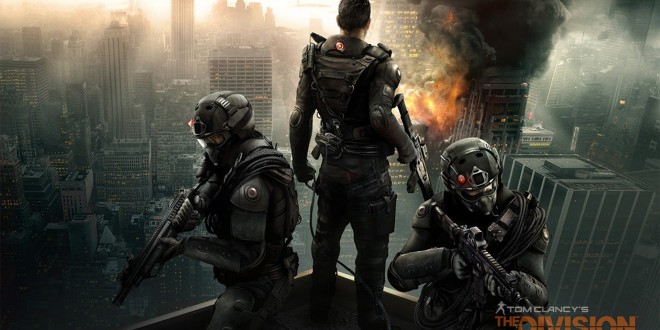 Tom Clancy’s The Division is the commando style action-filled MMO that Ubisoft is planning to launch next year on PC, Xbox One and PS4. After making a huge statement at the E3 event this year, Ubisoft came out recently to let us know they have big plans for the game’s final graphic rendition. Technical director, Anders Holmquist explained that the Ubisoft Massive team is constantly striving to improve the quality of the game, and they already have some tricks up their sleeves for next-gen consoles. Apparently, they are planning to introduce a custom anti-aliasing technique for the Xbox One and PS4 versions of The Division.

Here is what Holmquist had to share: “We use a screen-space anti-aliasing technique with custom in-house additions. We’re also continually looking at improving what we have.” With this high-end feature, the graphic detail of The Division should be off the charts. The game is said to be running at 1080p & 30 FPS, but developers have not yet decided on the final FPS level. “At this point we have no further information to share, but please stay tuned for more updates,” Holmquist continued. The Division is ranked as a third-person shooter MMO inspired by real life events. The core of the game story is a blend between Operation Dark Winter (code name for a high level bio-terrorist attack simulation which took place in 2001) and Directive 51 (Homeland Security Presidential Directive for large scale national emergencies, also referred to as “Directive 51”).

The Division portrays a fictional scenario in the history of the United States, where a serious disease seizes the entire country and brings it to its knees in a matter of days. The main character will be part of an elite squadron codenamed “The Division” which will be dispatched through direct Presidential order to save what’s left of the country. You will be facing AI controlled enemies, as well as other players. Developers stated that the game is destined for next-gen consoles and PC, but they do not rule out the possibility to bring the game to other gaming platforms. The game is set to launch next year, but an official date has not yet been revealed.

I'm Razvan, a sports and first-person shooter enthusiast. I've always loved writing, even more so when it involves games. When I'm not playing on my PS3 or writing, I like to run exhausting cardio workouts, play soccer, watch a good movie, or read a good book.
Previous DayZ will likely be coming to the Xbox One, early access on the PS4 is being considered
Next The Sims 4: First free major update is now live