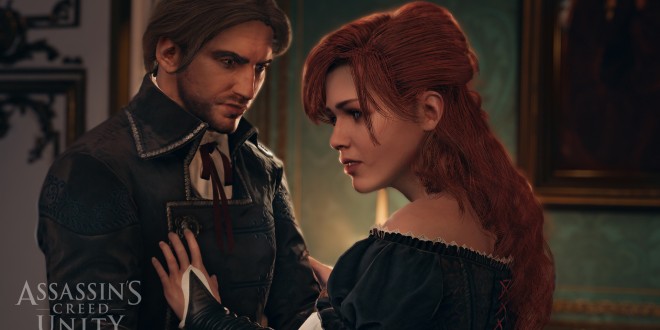 Publisher Ubisoft has released a new trailer for the upcoming third-person open-world action/adventure Assassin’s Creed Unity. In this latest video, we find out that protagonist Arno’s story is not as different as Ezio’s. In the beginning, Arno apparently lives a life without any kinds of worries; that is until he is thrown into jail, where he discovers the fact that his father was an assassin. Naturally, he takes up arms alongside the Assassin order to hunt Templars amidst the French Revolution.

Last month, Ubisoft had revealed two new types of side-missions available when the game will officially launch. One of them features protagonist Arno investigating various crimes while off-duty from his creed, and punishing those responsible by sending them to jail, for example. What’s more interesting is the fact that you can even punish innocent people. “You can put people in jail, you can accuse and interrogate people – you can accuse the wrong person”, said the game’s creative director. “You might go to the jail and find that it’s all filled with innocent people by the end of the game. It’s all done through investigation and exploration.”

Another type of side-activity in Assassin’s Creed Unity involves hunting down treasure chests created by Nostradamus – a 16th century prophet who’s said to have foreseen the rise of Napoleon. These “treasure hunts” involve observation of the environment and knowledge of the city’s history, rather than testing your blade-skills. “They offer clues that lead you to monuments, but they’re all in riddle form”, continued the director. “So, if you learn about the monuments, you’ll know that there was only one clock in Paris at the time. ‘Where did I see that? Oh, there’s a clock here’. Then you go to the clock and find the next clue.”

Assassin’s Creed Unity launches on November 11th in North America, November 14th in Europe, and December 4th in Japan, on the PlayStation 4, Xbox One, and PC.

I’m Load The Game’s co-founder and community manager, and whenever I’m not answering questions on social media platforms, I spend my time digging up the latest news and rumors and writing them up. That’s not to say I’m all work and no fun, not at all. If my spare time allows it, I like to engage in some good old fashioned online carnage. If it’s an MMO with swords and lots of PvP, I’m most likely in it. Oh, and if you’re looking to pick a fight in Tekken or Mortal Kombat, I’ll be more than happy to assist! Connect with me by email markjudge (@) loadthegame.com only
@@MarkJudgeLTG
Previous Halo 5 Guardians will feature Agent Locke as its primary character, Master Chief might be dead
Next Alien: Isolation gets two launch trailers