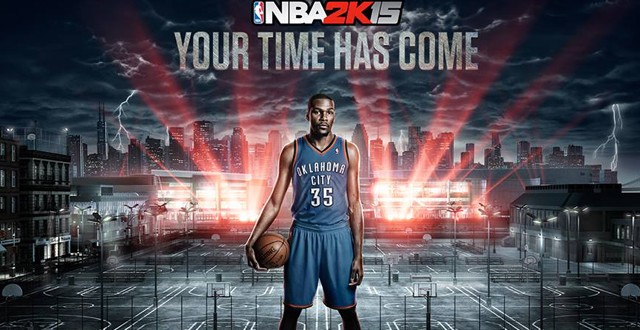 You can input yourself in NBA 2K15 through Facial Scan

2K announced that, in NBA 2K15, besides bringing your favorite teams to the court or playing online matches against competitors around the world, you can also bring yourself into the game.

How is this possible? Well, for starters, you can create a MyPLAYER, which will represent you as you rise all the way to the NBA Hall of Fame. In order to do this, you can use the PlayStation Camera, which scans thousands of data points from the face so that the game can build a character as close to the real you as possible. After the camera does its job, you can use the in-game player creator to adjust the result until you are satisfied. On Xbox One, the same feature is available through Kinect. This means that those who chose to purchase Microsoft’s console without this feature and want to use facial scan will have to spend extra money on a standalone version of Kinect.

NBA 2K15 is the first game which allows players to create a true 3D representation of their face. In order to get optimal results, players will have to slowly rotate their heads so that the device can capture different angles of their faces. Once scanning and fine-tuning the face is over, it gets attached to the body of a virtual NBA player. So, if you always wanted to see how you would look like if you were a professional basketball player, now is your chance.

NBA 2K15 is developed by Visual Concepts and published by 2K Sports. The game is now available in the United States, on PC, Xbox 360, Xbox One, PlayStation 3 and PlayStation 4. The international release will take place on October 10. The game costs $59.99, regardless of the console you are buying it for. So what do you think? Is NBA 2K15 worth buying over its rival that is being made by EA?

I'm a journalism graduate and an occasional gamer. As a kid I used to own a NES clone called "Terminator 2", which was hugely popular in my country. I like old school games and adventure games but I occasionaly play RPG's and Shooters as well, though I wouldn't call myself an expert at these kinds of games. When I'm not writing or playing games I prefer reading detective or fantasy novels.
Previous Blackberry Passport Gold Edition spotted in recently surfaced photo
Next Top 10 Android games for this Fall

PS Plus version of Driveclub delayed due to connectivity issues

Developer Evolution Studios announced that the free version of Driveclub that was supposed to be ...