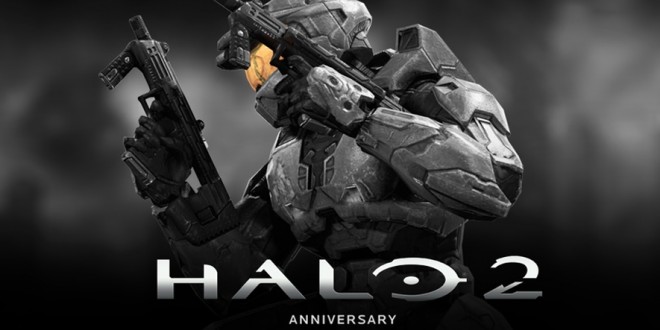 Halo 2: Anniversary will not run at 1080p, says Microsoft

Microsoft confirmed that the single player campaign of Halo 2: Anniversary will not output at 1080p resolution. They also explained what prevented the developers from getting the game to run at that quality.

Halo 2: Anniversary is part of Halo: The Master Chief Collection, an upcoming Xbox One exclusive pack, containing remastered versions of the Halo games released on last-generation consoles. According to Microsoft, the single player campaign of Halo 2: Anniversary will run 60fps at a 1328×1080 resolution instead of the standard 1920×1080 that every other game in the collection runs at. This is because they wanted to include the ability for players to switch between the original graphics and the Xbox One graphics by pressing one button.

“Two game (graphics) engines – the OG H2 and H2A, and the original audio (music and FX) and completely new music and FX. And the switch is instantaneous. If it weren’t running the OG engine it could in theory run at a higher resolution but that’s not the intended nature of the project. It’s designed to be a remake that lets you switch between the two instantaneously. Now you can feel one way or another about that, but that is indeed the intent.”

In other words, the only thing that prevents the game from running at the 1080p resolution is the developer’s decision to include both the classic and the remastered version in one game. It remains to be seen whether this is the best thing they could have done with the game. Halo: The Master Chief Collection will include remastered editions of Halo: Combat Evolved Anniversary, Halo 2: Anniversary, Halo 3 and Halo 4. Furthermore, those who purchase the pack will have access to the Halo 5: Guardians multiplayer beta.

I'm a journalism graduate and an occasional gamer. As a kid I used to own a NES clone called "Terminator 2", which was hugely popular in my country. I like old school games and adventure games but I occasionaly play RPG's and Shooters as well, though I wouldn't call myself an expert at these kinds of games. When I'm not writing or playing games I prefer reading detective or fantasy novels.
Previous Android One phones getting CyanogenMod 11
Next Call of Duty: Advanced Warfare will feature cross-buy