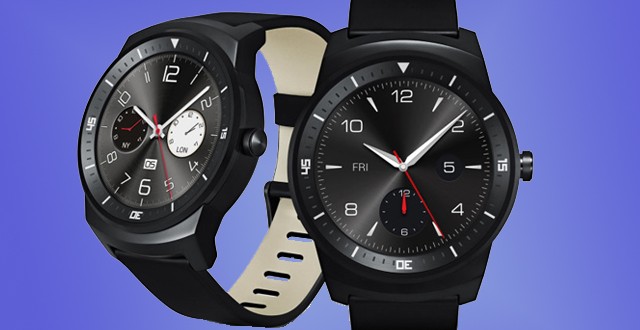 The LG G Watch R is already available for purchase in South Korea at one local retailer who managed to get an exclusive deal, but normally the device will only go on sale on October 14th. LG announced earlier today that its latest smartwatch is also coming to Europe, although it will take a bit longer. One of the first countries to offer the LG G Watch R will be the Netherlands and a retailer in the country who goes by the name of SmartwatchShop is listing November 3-7 as a launch window. The retailer is asking €299 for the device, a full €100 more than what its predecessor LG G Watch costs. €299 is the equivalent of about $378, which is close to the previously estimated price of $400. By comparison, the LG G Watch R is a bit cheaper is South Korea and only costs the equivalent of about $332 (KRW 352,000).

Hardware-wise, the LG G Watch R comes equipped with a circular 1.3-inch P-OLED display with 320 x 320 pixel resolution. A quick peak under the hood reveals a Qualcomm Snapdragon 400 processor clocked at 1.2 GHz, 512 MB of RAM, 4 GB of internal storage memory and a 410 mAh battery. The battery is expected to last between a day and a half and two days with the always on feature enable. The LG G Watch R also features IP67 certification, which means that it’s waterproof. Its main competitor will be Motorola’s Moto 360, another circular smartwatch with more or less similar specs.

LG is also said to be working on another smartwatch that’s scheduled to be released either later this year or in early 2015. Unlike the circular LG G Watch R, this new device is expected to have an elliptical shape and might feature a built-in SIM card with CDMA network support. Stay tuned for more news and updates.

I’m Load The Game’s co-founder and community manager, and whenever I’m not answering questions on social media platforms, I spend my time digging up the latest news and rumors and writing them up. That’s not to say I’m all work and no fun, not at all. If my spare time allows it, I like to engage in some good old fashioned online carnage. If it’s an MMO with swords and lots of PvP, I’m most likely in it. Oh, and if you’re looking to pick a fight in Tekken or Mortal Kombat, I’ll be more than happy to assist! Connect with me by email markjudge (@) loadthegame.com only
@@MarkJudgeLTG
Previous Disney releases its Game Collection on Steam
Next Samsung Galaxy Note Edge launches in Japan later this month