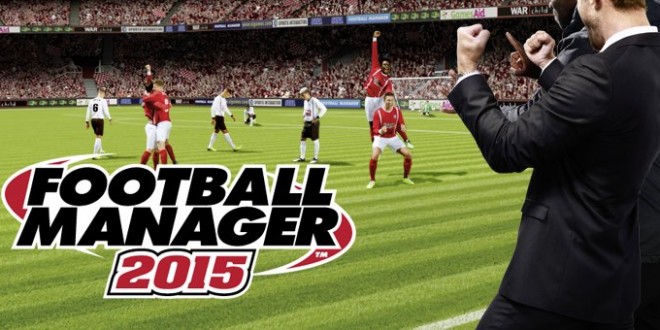 Another year filled with treats for football fans around the world. Sports Interactive’s Football Manager 2015 is just around the corner of the football stadium, and will soon need you to suit up in your manager outfit and take the reigns of your favorite football club. This new football management sim will give you, the manager, absolute control of the game for every minute that ball is in play; whether you will be managing anonymous clubs or rolling with the big boys in the UEFA Champions League, your team’s results are your responsibility, and yours entirely. Will you prevail in the most difficult endeavors to taste glory at the end of the season? Or will you get sacked without even getting the chance to say a proper goodbye to the players and fans? Questions waiting to be answered…

Before shinning your shoes and putting on your tie though, you’ll be required to perform some other managerial duties, such as evaluating your gaming rig specs, and see if your PC has top league material or is it struggling to avoid relegation. Football Manager 2015’s official system requirements are now here:

The guys from Sports Interactive have actually done it: they’ve managed to lower the minimum requirements for Football Manager 2015 from the ones we have seen in the previous version of the game. This year’s release will be featuring various managerial styles, over 2000 motion captured animations, an improved user interface, and a more complex media experience. On top of this, the valued roster updates are making their entrance, which will give the game a more realistic feel. I’m sure that most of today’s computers will easily qualify to run the game without a hiccup due to its basic visuals and the 2D match engine option. However, if you’re planning on going for a 3D match engine, a more updated CPU will be required along with an additional amount of RAM. The RAM memory will also come in handy when simulating a great number of leagues simultaneously. Football Manager 2015 is scheduled to hit the net of goal posts on November 7th. The game will be available for Windows, Mac, and Linux PCs. Eager to test your managerial skills? Football Manager 2015 will be here soon.

I'm Razvan, a sports and first-person shooter enthusiast. I've always loved writing, even more so when it involves games. When I'm not playing on my PS3 or writing, I like to run exhausting cardio workouts, play soccer, watch a good movie, or read a good book.
Previous The Wolf Among Us PS4 and Xbox One release date revealed
Next HTC Re camera vs. Go Pro Hero4 – pro or no-pro?

Evolve gets PC requirements for its “big alpha”

Publisher 2K Games has released the official system requirements players will have to meet in ...