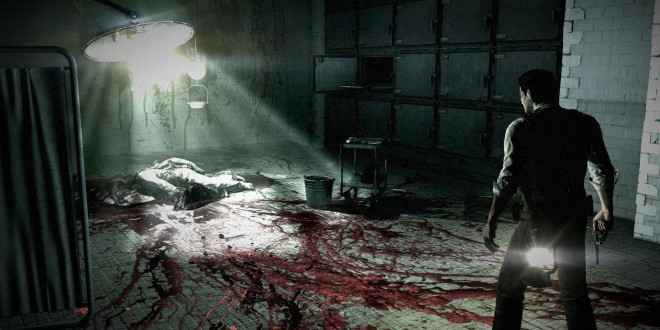 The Evil Within locked at 30fps but can be changed manually

The horror game The Evil Within from famous gaming designer Shinji Mikami – the man best known for the Resident Evil games – is coming out next week. The game is hungry for resources for high settings:

Betheda announced quite a controversial piece of news for PC gamers: The game will be locked at 30 frames per second. Considering that in recent months the PC has been garnering more and more attention by both games and developers – the birth and growth of the “PC Master Race” internet meme – the news is a bit shocking, especially considering the previously mentioned specs for running the game on high. However not all news is this bleak, as the limitation can be manually removed albeit without support.

“Shinji Mikami and the team at Tango designed The Evil Within to be played at 30fps and to utilize an aspect ratio of 2.35:1 for all platforms. The team has worked the last four years perfecting the game experience with these settings in mind. For PC players, we’ll provide debug commands on how you can alter the framerate and aspect ratio, but these commands and changes are not recommended or supported and we suggest everyone play the game as it was designed and intended for the best experience.” The official announcement and other technical information can be found here.

The statement that is clearly set to garner criticism from the PC market, is “for all platforms”. This can  – and most likely will – be considered a business decision rather than a technical one, with the scope of making the console version seem a viable option in terms of functionality. As we’ve seen with the recent Watch Dogs debacle, we know that certain PC systems can and will run a game at a much higher fidelity than consoles; add the “recommend system specs” made public by Bethesda to the argument and the limitation does raise questions. Ultimately the answer will come when people remove the limitation: if the game does not have issues at higher frame-rates, then the hardlock will most likely be branded as a marketing decision.

The Publisher does explain that the 4GB VRAM requirement by drawing parallels with the XBox One and PS4 editions: “The PS4 and Xbox One both have 8 GB of unified RAM which can be used as both system and video memory. Because our PC version is functionally identical to those platforms, we recommend 4 GB of system memory, and 4 GB of VRAM for the best experience.” The game will also include letter boxing, but this is actually a design decision as the game will support 4k resolutions, thus rendering space is not the issue. But even this option can be removed manually in case black bars aren’t what the player desires.

I’m Load The Game’s co-founder and community manager, and whenever I’m not answering questions on social media platforms, I spend my time digging up the latest news and rumors and writing them up. That’s not to say I’m all work and no fun, not at all. If my spare time allows it, I like to engage in some good old fashioned online carnage. If it’s an MMO with swords and lots of PvP, I’m most likely in it. Oh, and if you’re looking to pick a fight in Tekken or Mortal Kombat, I’ll be more than happy to assist! Connect with me by email markjudge (@) loadthegame.com only
@@MarkJudgeLTG
Previous Google Launches a New Work Subscription Option for $50/Year Chromebooks
Next Hotline Miami 2 pushed back to possibly 2015