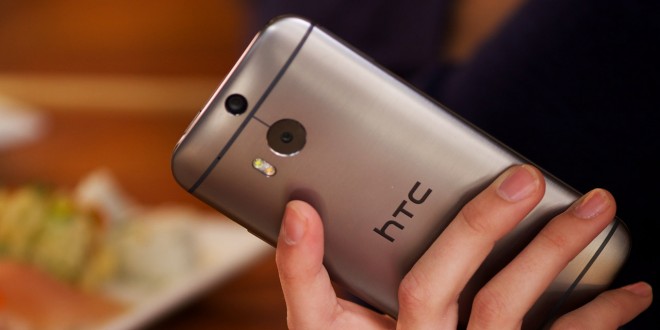 HTC One M8 Eye, HTC Desire Eye and Re Camera in India

The HTC Double Exposure event earlier this month has brought us the new HTC Desire Eye and Re Camera, while HTC devised that it would launch another HTC One M8 Eye edition in Asian markets at the same time. The HTC One M8 Eye first appeared in China and we had heard that the One M8 Eye would be exclusive to the Chinese market. Latest info, on the other hand, proves the contrary and shows how HTC is expanding to emerging markets even more. The HTC One M8 Eye, as well as the HTC Desire Eye and Re Camera have officially been launched in India, too.

The HTC Re Camera will be available for Indian customers at Snapdeal, and will set them back $150 while the HTC One M8 will retail for $650. The HTC One M8 Eye is the same as the HTC One M8, save for the camera setup, which has been changed to a 13 MP sensor you can find on both the rear and front of the One M8 Eye. Otherwise, the handset sports the same design and specs as the HTC One M8 flagship. Word is that the HTC One M8 Eye will be limited to India and China, but we hope that will change in the future because many HTC fans seem to be interested in the re-vamped HTC One M8 Eye. The HTC Desire Eye doesn’t have a price on the Indian market, yet, but we do know that the device will only be available through Amazon India. All three new HTC devices should go on sale sometime next week.

The HTC One M8 and One M8 Eye sport 5 inch full HD displays, Snapdragon 801 CPU backed by 2 GB RAM and 16 GB internal storage, expandable via microSD card up to 128 GB. The BoomSound front facing stereo speakers are also featured on both handsets, a feature appreciated by all HTC One M8 users. These BoomSound speakers were also included in the Nexus 9 by HTC and are said to be one of the most appreciated additions to the slate. The HTC One M8 Eye comes as an attempt from HTC to admit that they could have done better than the Ultrapixel camera on the HTC One M8, even though most users were satisfied with the camera setup. Nonetheless, there was a segment complaining about the camera setup, and it seems like HTC has narrowed down that segment to the Asian market.

We don’t know if the HTC One M8 Eye will hit U.S. shores anytime soon, but we like that HTC is giving options to their customers and we would like to see the handset in the U.S. as well. Many would appreciate the selfie-phone setup on the HTC One M8 and from what we’ve heard, they would gladly replace their Samsung or LG devices if they could get their hands on the Eye variant. We don’t think that the Ultrapixel setup on the HTC One M8 is bad or worse than other shooters you might find on the market, but having the option to choose between a 13 MP and a 4 Ultrapixel camera is definitely a good idea.

My life-long dream has been to test out every gadget on the market! Considering the fact that I've rapidly destroyed almost every gadget I've had so far, I'm not inclined to owning something, so my ideal outcome would be to have a different gadget each month. I'm really into smartphones, wearables and tablets and I love Playstation and Xbox, I'm sure I'll beat you at your own game (after a month of training... or two)
Previous Android 4.4.4 KitKat coming to the Galaxy line
Next Galaxy Golden 2 specs, pictures leaked