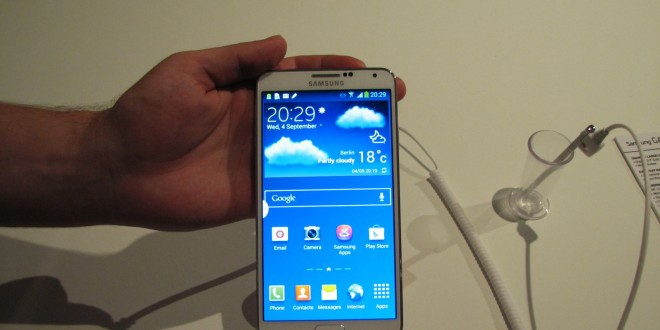 While Android 5.0 Lollipop is just beginning its rollout to various Nexus and Google Play Edition devices, other great news is coming to owners of Samsung Galaxy devices. The Android 4.4.4 KitKat update is also rolling out in November to a wide selection of Galaxy smartphones and phablet. Some carriers have already distributed the Android 4.4.4 KitKat update, but Samsung is now finalizing the process and completing the rollout.

The Galaxy S5, S5, Note 3 and Note 2 units will be receiving the Android 4.4.4 KitKat update in November, as well as the Galaxy S4 LTE, Note3 Neo, S4 Mini, S4 Mini Duos, Grand 2, Grand 2 Duos and Note 2 LTE. While the Android 4.4.4 KitKat update is the last and final version of the KitKat OS, the update should bring performance enhancements, as well as bug fixes and security improvements, aside from improvements specific to each device. Samsung has had Android 4.4.4 KitKat in testing on various Galaxy devices and those that have not been announced to get the update yet, will surely do so by the end of the year.

Android 4.4.4 KitKat brings small changes to the UI, so Galaxy users won’t even notice the update, but it still is a crucial part of Android. When updating to 4.4.4 KitKat and 5.0 Lollipop just the same, users should always consider backing up their data, as well as ensuring that they have sufficient storage space and battery life in order to complete the update properly. The Galaxy S5 and Galaxy Note 4 will be receiving Android 5.0 Lollipop shortly, and most of the Galaxy S5 devices out there should have already received the Android 4.4.4 KitKat update. The Android KitKat OS has been praised as one of the least space and memory consuming version of Android, as well as the most optimized and fast one. While users have been happy with Android KitKat, Android Lollipop seems to be on most peoples’ minds, as they are curious to see how Material Design and a whole bunch of new features will improve their user experience with their flagships and regular smartphones.

My life-long dream has been to test out every gadget on the market! Considering the fact that I've rapidly destroyed almost every gadget I've had so far, I'm not inclined to owning something, so my ideal outcome would be to have a different gadget each month. I'm really into smartphones, wearables and tablets and I love Playstation and Xbox, I'm sure I'll beat you at your own game (after a month of training... or two)
Previous Win an Afterfall InSanity Steam code from Load The Game
Next HTC One M8 Eye, HTC Desire Eye and Re Camera in India