Breaking News
Home » Tech » Android 4.4.4 KitKat bugs and how to fix them 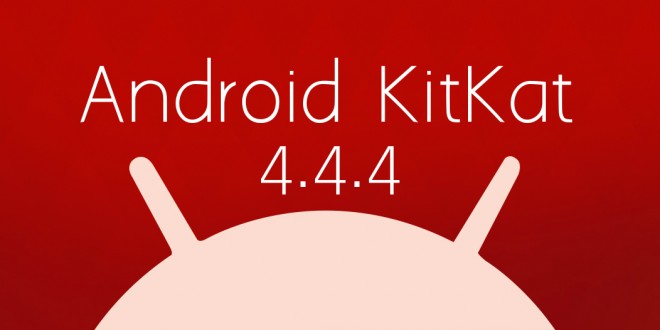 Find out how to fix the most common Android 4.4.4 bugs

Even though Android 5.1 Lollipop has just been outed by Google a few days ago, only about 3 % of Android-running smartphones benefit from the new software update, and we’re not referring to Android 5.1, but to Android 5.0 Lollipop. Although many Motorola, Nexus, LG, Samsung and HTC devices have already seen the Lollipop treatment, there are still many out there who are still running Android 4.4.4 KitKat on their smartphones. Don’t be impatient when it comes to Lollipop, as it will surely get to you soon enough, because the rollout is done in stages. For those of you reluctant to install custom ROMs based on Lollipop or haven’t got their hands on the OTA update yet, we’ve come up with a few bug fixes for Android 4.4.4 problems and issues you might encounter.

Even if Android 4.4.4 is a pretty stable software now, it still gets the occasional bug attack, like any other mobile software or otherwise. Every mobile OS has its kinks and Android 4.4.4 KitKat is no exception. The good thing about this version is that it only has minimal bugs and few serious issues with certain phones that would impact the user experience in a negative way. We will attempt to list all the existing bugs users have encountered and aggregate the fixes we’ve found in our research. Some of these bugs are device-specific, which means that not every user has them on their phone. Others are region-specific, as we all know different regions may sell different phones with slightly different hardware configuration. While we can’t address all the existing Android 4.4.4 KitKat bugs, we’ll do our best to figure out which are most common and in need of attention.

One annoying Android 4.4.4 KitKat bug, seen most often on the Nexus 7, is an issue affecting Wi-Fi. Users describe a weird occurrence when their tablet goes into sleep mode: Wi-Fi is turned off and once the tablet is awaken again, it won’t turn on. Seemingly, Wi-Fi is greyed out and users can’t do anything about it save for rebooting their device. Although a reboot fixes the problem in Android 4.4.4, it’s rather annoying to have to waste time on that, especially if you’re a regular internet user. Although there aren’t any definite fixes save for the reboot, one thing you can try is setting the Wi-Fi to be always on, even during sleep mode. You do that by going into Settings, Wi-Fi, tap the settings capacitative button or on-screen button, then select Advanced Wi-Fi. Once that button takes you into the settings panel, look for a field where it says Keep Wi-Fi on during sleep. Select Always, and that should fix the issue and stop Wi-Fi from turning off when you hit that power button. You could also untick “minimize battery usage when Wi-Fi is on” to see if that might help somewhat.

Another problem Android 4.4.4 users have reported is overheating, even when the phone is not in use and doesn’t seem to be doing anything. The most likely cause for this is a third party application, such as Facebook, Viber, Skype and such. The first thing you need to do is identify whether a third party app is indeed causing the overheating problem by waking your phone up too often or soliciting it a lot. You can do that by starting the phone in Safe mode and monitoring it for a few hours, to see if the battery is draining the same way. If it’s not draining, then your problem is with a third party application. Finding out which of the apps is causing the battery drain is a little trickier, but usually you can see in the Battery graph which apps are using the most of the battery power, and the one on top of the list is usually the culprit. You’d better delete that app. If you don’t want to erase the app from your phone, you can take advantage of the settings in Android 4.4.4 KitKat. Prevent the app from using background data, prevent it from sending push notifications, prevent it from using your location and so on. Restrict the app’s use of data and resources as much as possible, so that your phone can stay alive longer.

Keyboard lag has been another bug Android 4.4.4 users have encountered. Even if you could replace the stock keyboard app with Swiftkey or another app of your choice, that would not help the issue at hand, if you’re used to the stock keyboard. One fix that seems to be working for most users is a factory reset of the phone, but before doing so, you might have to check what is causing the lag in your keyboard. As stated before, boot in safe mode and see if the keyboard works better like this. If it does, then a third party app is most likely the culprit, although support for third party apps should come with any software nowadays. Nonetheless, if you’re experiencing issues, try and do a factory reset and before logging into a Google account, try if the stock apps work with the keyboard correctly. If they do, once again, a third party app is causing the issues.You can get rid of it by installing or uninstalling each app and verifying if the issue has been mended, until you find the app that sends your keyboard into lag-town.

A handful of users noticed another Android 4.4.4 bug which impacts the camera app performance. Different users have different accounts of this bug in Android 4.4.4, but many report that the Google Camera app doesn’t function after the update. In this case, the most effective bug fix was found to be a simple reboot of the phone, after which the camera goes back to working normally. This fix should work with any other stock camera app as well. If a reboot doesn’t help, a factory reset is the next best thing, although you will have to back up your data before doing that.

While there are other Android 4.4.4 bugs out there, like a GPS signal problem, Wi-Fi signal problem, random reboots and such, the usual fix for these was either sending the devices back to the manufacturer to have them switched out or fixed, or installing Android 5.0 or a custom ROM running on Lollipop. If you’re having issues which aren’t solved in Safe Mode or by a factory reset, you should consider taking a look at custom ROMs from Cyanogen and Paranoid Android. If you don’t find your device in the official releases, try the Legacy releases on the Cyanogen website, as one of those might work with your device. Good luck fixing these Android 4.4.4 bugs!

My life-long dream has been to test out every gadget on the market! Considering the fact that I've rapidly destroyed almost every gadget I've had so far, I'm not inclined to owning something, so my ideal outcome would be to have a different gadget each month. I'm really into smartphones, wearables and tablets and I love Playstation and Xbox, I'm sure I'll beat you at your own game (after a month of training... or two)
Previous Steam Greenlight Spotlight: Ira
Next HTC One M8 battery drain: what’s causing it and how to fix it

If you were hoping to continue your adventure in The World Ends With You: Solo ...