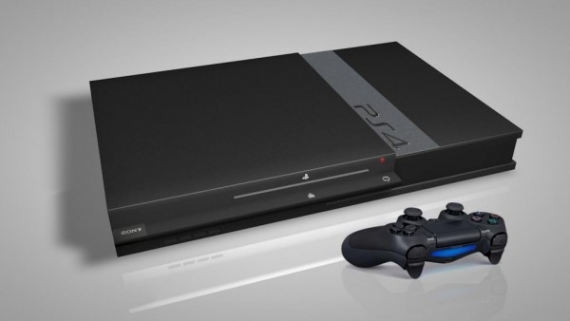 Sony’s PlayStation is one of the most acclaimed gaming consoles of all time, breaking one sale record after another in its two decades of glorified existence. The first PlayStation to see light out of the box hit a staggering sales record of 100 million units within 10 years of its release. Now, the new gaming era is dawning, and Sony claims that its PlayStation 4 is the leading force of new-gen gaming platforms. Fueled by an accelerated AMD x84-64 processing unit, with a GPU reaching up to 1.843 teraflops, Sony ranks the PS4 as the “world’s most powerful console.” Sony seems to be swinging for the fences, as recent rumors claim that we will be seeing a PS4 Slim version at next year’s E3 convention.

The PS4 Slim will allegedly feature improved hardware and refined looks to further expand its player base and offer players a better gaming experience. The wheels might be already set in motion secretly behind closed doors by Sony developers, and it’s possible that next year’s  Electronic Entertainment Expo will serve as an ideal presentation setting for the PS4 Slim. This console is expected to provide a more compact and coordinated design that will mend existing hardware issues, a new SSD drive to replace the standard HDD, in order to allow developers to optimize more easily their latest titles in full 1080p resolution, and other next-gen features. Latest speculations are that Sony is considering of removing the current Blu-Ray drive for the PS4 Slim version, as most players prefer to store their video game content digitally.

By eliminating the Blu-Ray drive, the new PS4 will have a lighter design with minimal load times and more fluid data transfer through the SSD drive. The most plausible scenario is that the PS4 Slim will be announced at E3 2015, and will hit the mainstream market in early 2016. Sony has not made any official announcement in this regard just yet, and these reports are based on various tech expert assumptions. Gamingbolt has recently published an article outlining numerous reasons why both Microsoft and Sony need to launch Slim versions of their Xbox One, respectively PS4. What do you make of this? What changes would you like to see in the new PS4 Slim?

I'm Razvan, a sports and first-person shooter enthusiast. I've always loved writing, even more so when it involves games. When I'm not playing on my PS3 or writing, I like to run exhausting cardio workouts, play soccer, watch a good movie, or read a good book.
Previous New Total War: Attila trailer shows how the game handles assaults
Next Dragon Age Inquisition’s latest video reintroduces Cassandra