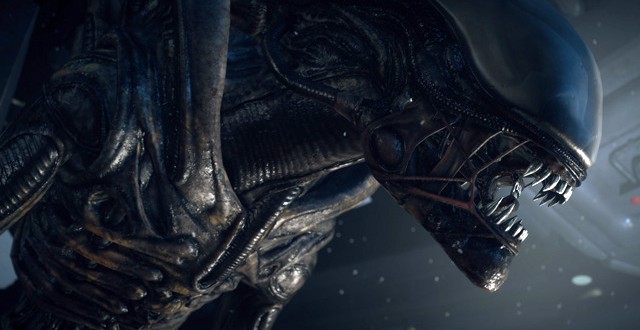 Alien: Isolation gets its first DLC next week

The first of five planned DLC packs for Alien: Isolation is scheduled to arrive next week, Sega announced earlier today. Entitled Corporate Lockdown, the add-on introduces three new maps for the game’s Survivor Mode, with each map having its own leaderboards and bonus objective. There will also be a new Gauntlet Mode, which requires players to complete all the maps back-to-back without dying. The DLC also adds a new playable character and reveals more details regarding the events on Sevastopol Station. Aside from announcing the new maps for Alien: Isolation, Sega also released a synopsis for them. “Seegson Executive Ransome has learnt that he has been abandoned by his paymasters. Knowing that the Torrens is on the way, he decides to make his escape and hitch a ride on board, taking decoded Nostromo data with him. However, while escaping he wants to tie up a few loose ends.”

Corporate Lockdown will arrive next Tuesday, October 28th and will cost $8.99 in the US, £5.59 in the UK and €6.99 in Europe. The three new maps go by the names of Severance, Scorched Earth and Loose Ends, and serve to give us a taste of things to come. Alien: Isolation will get four more DLC packs between November and March, each consisting of a new playable character, new maps, objectives and game modes. The forthcoming add-ons will be called Trauma, Safe Haven, Lost Contact and The Trigger. Specific release dates for these DLC packs have not been announced, but we are bound to hear all about them as we approach their respective launch dates. In case you don’t want to purchase each pack individually, you can just buy the Alien: Isolation Season Pass and get 25% off in the process.

Corporate Lockdown will be available next Tuesday for the PC, PS3, PS4, Xbox 360 and Xbox One versions of Alien: Isolation.

I’m Load The Game’s co-founder and community manager, and whenever I’m not answering questions on social media platforms, I spend my time digging up the latest news and rumors and writing them up. That’s not to say I’m all work and no fun, not at all. If my spare time allows it, I like to engage in some good old fashioned online carnage. If it’s an MMO with swords and lots of PvP, I’m most likely in it. Oh, and if you’re looking to pick a fight in Tekken or Mortal Kombat, I’ll be more than happy to assist! Connect with me by email markjudge (@) loadthegame.com only
@@MarkJudgeLTG
Previous iPhone business going great, iPad not so much
Next Sharp Aquos Crystal vs Otium U5 – bezelless smartphones