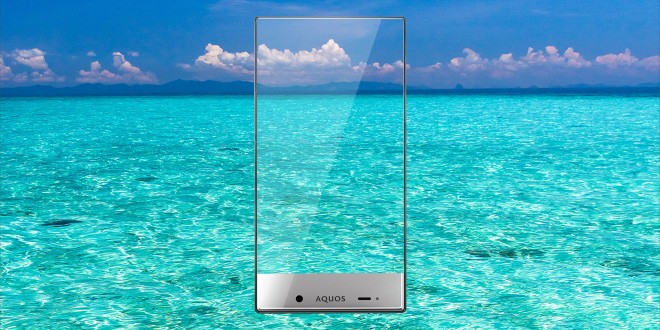 The affordable Sharp Aquos Crystal has just landed a couple of days ago on the US market and many were pleased to see that smartphone manufacturers are trying out new approaches to smartphone design. The bezelless Sharp Aquos Crystal has an impressive build which has almost no bezel on the top or the sides, but a considerable one, housing the selfie camera and speakers, on the bottom. You might be wondering how you will be talking on the Sharp Aquos Crystal since it has no speaker on the top. The company has found a great solution for that, by using vibrations in order to transmit sound to your eardrums.

While the Sharp Aquos Crystal is the only phone that can be remotely called bezelless at the time, there is a new up and coming design that might be even more impressive. Otium is an underdog Chinese manufacturer whom we haven’t even heard about until rumors about the new Otium U5 appeared online. While the Sharp Aquos Crystal manages to skip bezels on three sides of the phone, Otium takes a different approach to the bezelles design and actually delivers a pretty nice looking smartphone.

The Otium U5, much like the Sharp Aquos Crystal, doesn’t have almost any bezel on the sides, but it does incorporate bezels both on the top part and bottom part of the phone. While these bezels are not new, you will see in the photos that they are actually much thinner than what you can find on phones with slim bezels, like the Huawei Ascend Mate 7. While the Otium U5 isn’t as “bezelless” like the Sharp Aquos Crystal, it sure comes close to it.

The Otium U5 is a redesigned version of the previously launched Otium Ulefone U5. The Otium U5 jas a 5.5 inch display with a 540*960 resolution, and is actually an entry-level smartphone. It sports a quad core MT6582 CPU, Mali 400 GPU, 1 GB RAM, 5 MP rear camera, 2 MP front camera and a 2800 mAH battery. The punctured front of the device leads us to believe that we might be looking at some stereo front facing speakers, but the company hasn’t mentioned any, so it’s likely that the decorations are just for show. The Otium U5 hasn’t been released yet, but if its model-phone, the Ulefone U5 is anything to go by, we should see a $130 price tag on the bezelless phone. The U5 doesn’t have LTE, but it does support 3G and 2G. You will have to check with Otium if you have your eyes on the device, since bands might not be compatible with your carrier, since Otium is not planning to officially sell the Otium U5 in the U.S.

As you can see, neither phones have flagship specs, but both the Sharp Aquos Crystal and Otium U5 have interesting and appealing designs to boast with, and they will surely attract a considerable number of people who are bored with the way their flagships have been looking for the past couple of years. I would rather choose the Otium U5 for the more aesthetic look, but the Sharp Aquos Crystal beats it in every other category, save for the battery size. Which one looks more appealing to you?

My life-long dream has been to test out every gadget on the market! Considering the fact that I've rapidly destroyed almost every gadget I've had so far, I'm not inclined to owning something, so my ideal outcome would be to have a different gadget each month. I'm really into smartphones, wearables and tablets and I love Playstation and Xbox, I'm sure I'll beat you at your own game (after a month of training... or two)
Previous Alien: Isolation gets its first DLC next week
Next FIFA 15 title update released, shooting and goalkeeper issues addressed; other fixes employed