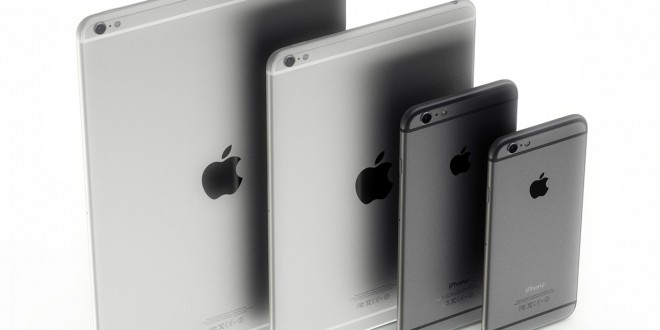 iPhone business going great, iPad not so much

This Fall, Apple has finally upgraded its device line with two new iPhones, the iPhone 6 with a 4.7 inch display and the iPhone 6 Plus with a 5.5 inch display, as well as a thinner, lighter iPad Air 2, a not-so-new iPad Mini 3, a 27 inch 5K iMac and a new Mac Mini. The quarterly reports for Apple businesses have just rolled in and it seems that while the iPhone 6 and 6 Plus business is soaring, the iPad is lagging behind with continuously falling sales and revenues. That doesn’t mean that the iPhone and iPad sales combined didn’t make Apple rich this quarter, though.

Apple’s 4th quarter earnings have just been published, and while the company sold 39.3 million iPhone units, it only sold 12.3 million iPad units in the past few months. The total revenue of Apple for this quarter was $42.1 billion, out of which the profit for the company was $8.5 billion, which should cover every pocket, as well as some taxes Apple skipped on. In the first weekend the Apple iPhone 6 and iPhone 6 Plus went on sale, the devices broke the record with a staggering 10 million iPhone 6 and iPhone 6 Plus units sold. This number of sales for the new iPhone units is a record not only for Apple, but for most other smartphone manufacturers as well, and Tim Cook said that this quarter was the most successful the iPhone has ever seen.

The Apple iPad on the other hand, didn’t fare as well. iPad sales have been plummeting steadily in the past few years, mostly because of high quality and affordable Android and Windows alternatives like the Nexus 7, Nexus 10 and now the Nexus 9, as well as the Samsung Galaxy Tab, Galaxy Tab S, Amazon Kindle Fire HDx, LG G Pad and many more. This year, the iPad sales were at an all time low, according to the revenue report, since 2012 when Apple started reporting their iPhone and iPad sales separately. The iPad units that Apple has sold are few for another reason, which is actually a good outcome for Apple: their durability. People who buy iPads tend to hold on to them for longer than they would with Android tablets, because the slates are made durable and versatile and many actually re-sell year old iPads when they decide to upgrade.

Tim Cook said that both iPhone and iPad sales were consistent with Apple’s expectations and the fact that the iPads aren’t selling as well as iPhone units doesn’t mean that the slate won’t pick up steam again when the holiday season hits. Tim Cook is also aware of the fact that the iPad is currently the most popular education device in the United States and doesn’t seem to be concerned about plummeting sales for the slate. Overall, this quarter for Apple seems to have been as predicted by the company, although we think that the surge of iPhone units was a surprise, as much as the steep decrease in iPad sales. Keep in mind, that the 4th quarter report doesn’t include the iPhone 6 and iPhone 6 Plus launch in China, so we are curious to see how the numbers will change with the next Apple revenues quarterly report.

My life-long dream has been to test out every gadget on the market! Considering the fact that I've rapidly destroyed almost every gadget I've had so far, I'm not inclined to owning something, so my ideal outcome would be to have a different gadget each month. I'm really into smartphones, wearables and tablets and I love Playstation and Xbox, I'm sure I'll beat you at your own game (after a month of training... or two)
Previous Xbox One November update announced, adds custom backgrounds, Live TV trending tab and more
Next Alien: Isolation gets its first DLC next week