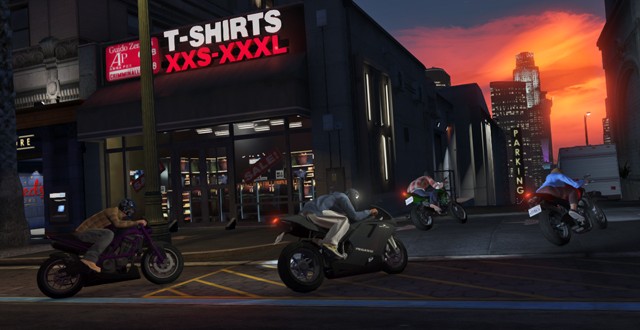 Rockstar has revealed 10 new jobs for GTA Online aimed to celebrate the 10th anniversary of GTA San Andreas. It’s hard to believe that it’s been ten years since CJ and his crew turned up on our old TV screens via the glorified PS2 all of us loved at the time. A group of nostalgic GTA community members created 10 additional jobs that will take you back on a sentimental trip to Grove Street and Los Santos. Many of you will remember Madd Dogg’s luxurious mansion, Sweet and Kendl, or the dirty cop Mike Toreno. Well, these jobs are inspired from the original San Andreas jobs. The jobs have been divided equally for both PS3 and Xbox 360 and can be played by clicking on the title link and selecting “Add to Game,” to bookmark it for your Crew’s next GTA Online session. Take a look at the full list:

As many GTA fans would agree, San Andreas is one of the greatest GTA titles which I used to play excessively in my high-school days, and it will bring back some fun memories for every GTA fan out there. Rockstar has made an appeal to fans who have created an “epic” GTA Online Job to make sure they tag it #throwback on Social Club, or attach a link in Newswire comments or via Mouthoff. Check out the full San Andreas Jobs description on the Rockstar newswire.

I'm Razvan, a sports and first-person shooter enthusiast. I've always loved writing, even more so when it involves games. When I'm not playing on my PS3 or writing, I like to run exhausting cardio workouts, play soccer, watch a good movie, or read a good book.
Previous NHL 15 Content Update 3 introduces Online Team Play and more
Next The Elder Scrolls Online and Skyrim are getting their very own book series