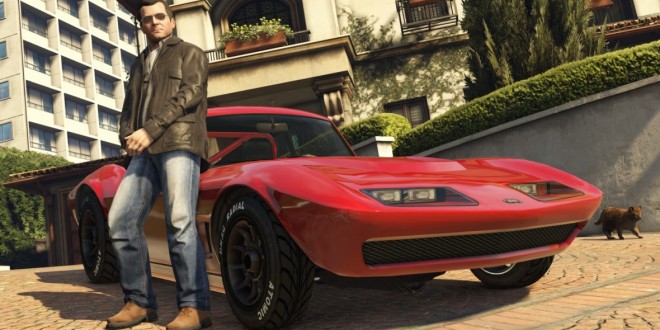 According to an upcoming issue of the Official PlayStation Magazine, developer Rockstar’s upcoming PlayStation 4 version of Grand Theft Auto V will run in glorious 1080p. Said issue calls Grand Theft Auto V on the PS4 “the greatest game ever committed to Blu-Ray”, while also mentioning “hugely-increased draw-distance, 100 new songs, fresh wild-life, a bumper version of GTA Online; this is sandbox you’ve dreamt about ever since you slotted Sony’s angular baby under your TV.” You can check out a few leaked scans of OPM’s upcoming issue below.

Grand Theft Auto V is an action-adventure game played from a third-person perspective. Players complete missions – linear scenarios with set objectives – to progress through the story. Outside of missions, players can freely-roam the open-world. Composed of the San Andreas open countryside area and the fictional city of Los Santos, the world of Grand Theft Auto V is much larger in area than earlier entries in the series.The world may be fully explored from the beginning of the game without restrictions, although story progress unlocks more gameplay content.

The single-player mode lets players control three characters: Michael De Santa, Trevor Philips and Franklin Clinton – criminals whose stories interconnect as they complete missions. Some missions are completed with only one character and others feature two or all three. Throughout the single-player, players may switch between the protagonists at will by means of a directional compass on the HUD. The game may switch between characters automatically in single-player missions to complete certain objectives.

Grand Theft Auto V broke industry sales records and became the fastest-selling entertainment product in history, earning US $800 million in its first day and US $1 billion in its first three days. The game was released on the 17th of September, 2013 on the PlayStation 3 and Xbox 360, and is scheduled to be released on the 18th of November, 2014 on the PlayStation 4 and Xbox One, and on January 27th, 2015 on the PC.

I’m Load The Game’s co-founder and community manager, and whenever I’m not answering questions on social media platforms, I spend my time digging up the latest news and rumors and writing them up. That’s not to say I’m all work and no fun, not at all. If my spare time allows it, I like to engage in some good old fashioned online carnage. If it’s an MMO with swords and lots of PvP, I’m most likely in it. Oh, and if you’re looking to pick a fight in Tekken or Mortal Kombat, I’ll be more than happy to assist! Connect with me by email markjudge (@) loadthegame.com only
@@MarkJudgeLTG
Previous The Witcher 3 Wild Hunt opening cinematic revealed
Next Quantum Break gets an extended demo featuring new gameplay