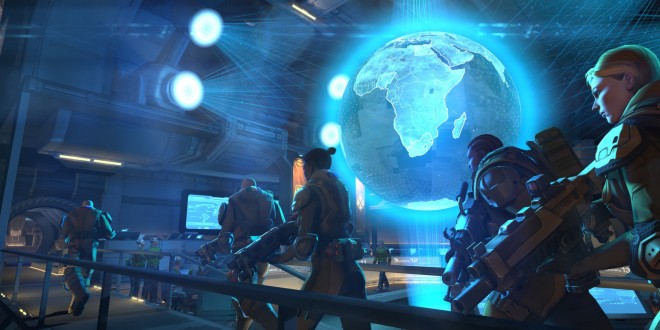 The contest has ended and the winner has received the code. Thank you all for participating and stay tuned for more opportunities in the future.

Set in the near future during an alien invasion of Earth, X-COM Enemy Unknown puts you in control of an elite multinational paramilitary organization called XCOM and tasked with defending the Earth. Players command troops in the field in a series of turn-based tactical missions; between missions, they direct the research and development of new technologies from recovered alien technology and captured prisoners, expand XCOM’s base of operations, manage XCOM’s finances, and monitor and respond to alien activity. Prior to the start of the game, a group of countries called the Council of Nations has banded together to create XCOM (short for Extraterrestrial Combat Unit), the most elite military and scientific organization in human history, tasked with defending them from the alien attack.

X-COM Enemy Unknown also features a multiplayer mode for one-on-one tactical battles. Players spend a predefined points budget on assembling a squad of up to six humans, aliens, or a mixture of both. Human units are customizable in terms of weaponry, armor, and gadgets. A simplified version of the single-player perk system is also present. Alien units may not be customised but possess the abilities of corresponding aliens types in the single-player mode of the game.

X-COM Enemy Unknown was critically acclaimed, with averaged ratings of close to 90% for all versions at both GameRankings and Metacritic. Upon its release, it was often regarded as one of best titles in its genre. Several reviewers also commented on the game’s very high levels of difficulty, re-playability, and addictiveness.

To win an X-COM Enemy Unknown Steam code, all you have to do is tell us how would you prepare for an alien invasion, in addition to sharing our contest on your favourite social platforms (i.e. Facebook, Twitter, Google+, Reddit etc.). Oh, and don’t forget to also drop your email. The most creative answer will be chosen by us on November 2nd. Good luck!

I’m Load The Game’s co-founder and community manager, and whenever I’m not answering questions on social media platforms, I spend my time digging up the latest news and rumors and writing them up. That’s not to say I’m all work and no fun, not at all. If my spare time allows it, I like to engage in some good old fashioned online carnage. If it’s an MMO with swords and lots of PvP, I’m most likely in it. Oh, and if you’re looking to pick a fight in Tekken or Mortal Kombat, I’ll be more than happy to assist! Connect with me by email markjudge (@) loadthegame.com only
@@MarkJudgeLTG
Previous Jagged Alliance Flashback review | Hard Reset
Next PS4 vs PC – How much does GPU performance really matter?