Breaking News
Home » PC » Since Launch, Monsters Won Over 50% of Games in Evolve 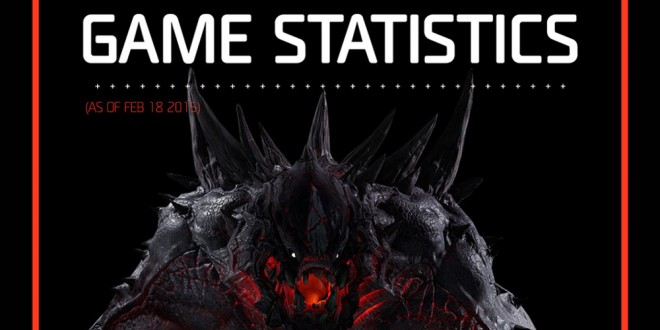 Turtle Rock Studios has unveiled a new Evolve statistician in a post today, which summarizes a lot of information in a long (yet interesting) infographic. The infographic itself details data that has been tracked since Evolve’s launch last week (on Tuesday, February 10th) up until a couple of days ago, on Wednesday, February 18th. The infographic doesn’t specify which platform the data comes from, so it’s assumed that the data takes into account Evolve players on PC, Xbox One and PlayStation 4.

Evolve’s new infographic can be viewed in its entirety via the game’s official website, but here are some highlights that Evolve fans may find interesting. On a whole, Monsters win 51.9 percent of games over Hunters (48.1 percent). The combined minutes of gamers watching Evolve on Twitch TV has amounted to over 133.7 million minutes, which converts to over 4.7 million people watching the game for a total of 254 years. Among players level 20 and above, the Goliath is the leading monster in terms of popularity between the game’s three monsters. The Wraith holds second place and the Kraken holds third place.

Monsters that reach Stage Three also have a higher win percentage of 76.7 percent. Stage One monsters only have a win ratio of 11.2 percent. Monsters are also first spotted 2.23 minutes into a match on average, while the average length of a given match is 9.46 minutes. The shortest record game is bang on 60 seconds, while the longest recorded game has endured up to 43 minutes. What’s more is that the complete total of hours played for Evolve has amassed up to 108 years.

It’s been two weeks since Evolve launched on PC and current-gen consoles, and already it has racked up a number of statistics. Turtle Rock Studios has already put the numbers into perspective, outlining that more matches have been played in Evolve than in a “full season of all professional baseball, basketball, football, soccer and hockey games combined” by as much as 631 times. LoadTheGame’s Christopher Mark Stahler gave Evolve 7.8 out of 10. His review can be read here.

Preferring to be referred to as "KingSongbird", Kieran is a serious, yet laid-back person with a particular soft spot for RTS games and anything Sci-Fi.
@KingSongbird
Previous Lenovo Vibe Max confirmed for MWC 2015
Next New Homeworld Remastered Trailer Highlights Gameplay 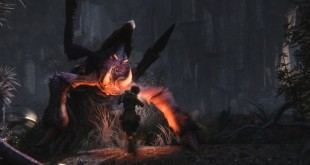