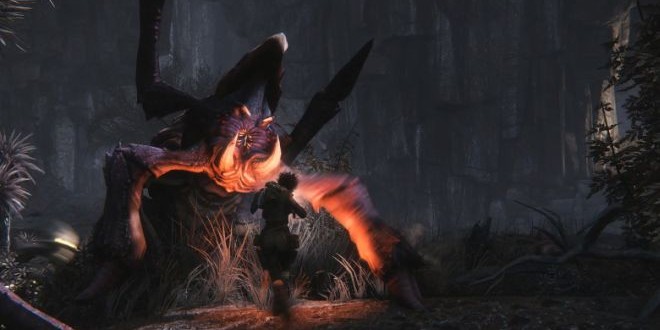 Evolve came out a few months ago, and while some people took issue with the DLC that was dumped out on the first day, the game was still good. Offering a life-or-death hide and seek game mode in this asynchronous PvP game was ingenious, and feels good on both sides. While some people love Evolve’s unique feeling of tracking down a monster, or hiding away from hunters while you snowball on power, many other people prefer Evolve’s heart pounding combat. Today, Turtle Rock Studios has an answer to those Evolve players’ prayers. With a new Arena game mode, Evolve is going to let players cut to the chase; or rather, cut out of it.

With a free new Evolve update. Turtle Rock adds the Arena mode. This mode is a best-of-3 brawlfest that starts out with the monster and hunters in the Trapper’s mobile arena, where they can immediately start fighting. The arena never expires in this game mode, so you brawlers are free to go at it as soon as you’d like. There’s some time for the hunters to set traps and make a game plan, and for the hunter to snag some food for armor, but after that it’s combat off the bat.

In this game mode, the monster starts off at level 2 with 50% armor, and before every match he can allocate skill points to change strategy. However, if the monster is quick, she can pick up some food off of animals trapped in the mobile arena, and even evolve to level 3 if she can find somewhere to hide. While this would bring serious advantage to the monster in fights, I can’t imagine being able to break vision of the hunters in such a small mobile arena. We’ll see if that becomes a strategy.

It’s nice seeing new game modes being added to Evolve, even though its original game mode is something unique and fun. cutting right to the action of Evolve is going to appeal to a lot of people who may have dismissed the game as tedious up until this point. The fact that it’s going to be free is no doubt an olive branch to those who lambasted Turtle Rock for offering so much paid DLC for Evolve on day one, and I think it’s a pretty classy move. Check out Evolve’s new Arena mode today, and see if you’re into it. It seems promising.

I'm a college student studying journalism, and when I'm not studying, I'm writing here at LTG. I love indies and AAA's alike - I'm just a lover of this medium in general.
@MiCottuli
Previous Cortana will be available for Android and iOS later this year
Next Digital Board Game Armello Coming To PS4