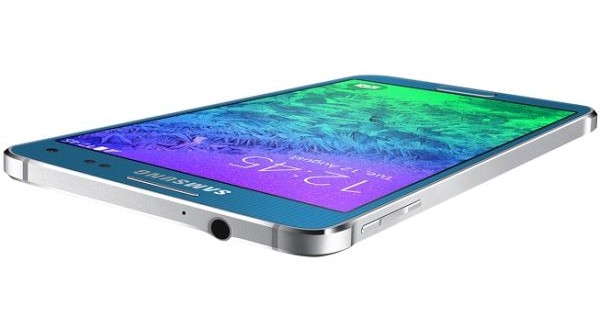 Galaxy A5 and A3 announced with metal unibodies lede

Galaxy A5 and A3 announced with metal unibodies

Samsung has run into some issues regarding the Galaxy line, and even though the Galaxy S5 is among the best selling smartphones of the year, we can’t say the same about the Galaxy Core, Galaxy Young, Galaxy Grand,  Galaxy Mega, Galaxy Round or other Galaxy iterations. Samsung has seen a decrease in revenue and sales for the Galaxy smartphone line and in consequence, the choice of metal unibody for the new Galaxy A5 and A3 might come as a salvaging strategy. Besides having metal bodies meant to shine, the Galaxy A5 and A will also be the thinnest phones from Samsung ever, which should only add to their popularity. Thin phones like the marvelous new Oppo R5, Gionee Elife S5.1 and even the iPhone 6 are becoming increasingly popular and Samsung might want to take advantage of the trend with the new Galaxy A5 and A3.

While we don’t know much about the Galaxy A7, we’re fairly sure that Samsung will hold fast and keep the metal design for the third smartphone in the new A-line. The Galaxy A5 measures only 6.7 mm thickness while the A3 measures 6.9 mm, surprisingly close to the iPhone 6 measurements. The Galaxy A5 specs include a 5.0 inch HD Super AMOLED display, a 13 MP rear camera, 5 MP front camera and the handset will be powered by an unnamed quad core CPU clocked at 1. GHz backed by  GB RAM and 16 GB internal storage expandable via microSD card. The Galaxy A5 battery will be a 2300 mAH one, which should provide enough juice for a day or two of mixed use. The Galaxy A5 sibling, the A3 will sport a 4.5 inch HD Super AMOLED display alongside an 8 MP rear camera, 1 GB RAM and a slightly smaller 1900 mAH battery. Otherwise, the Galaxy A5 and A3 will sport the same specs, including CPU and software.

Samsung will also pack some new features into the camera on the Galaxy A5 and A3, including animated GIF, rear-cam selfie mode, palm selfie, wide selfie and beauty face features. The slefie trend has become of interest to many companies and the selfie-centered phone is becoming quite popular. Like HTC embraced the trend with the HTC Desire Eye and the new Eye Experience software, it seems that Samsung is admitting that maybe the crowd that is into selfies will appreciate a stylish phone that can also offer great camera features. The Galaxy A5 and Galaxy A3 will be available in Champagne Gold, Light Blue, Midnight Black, Soft Pink, Platinum Silver and Pearl White. The bad news is that momentarily, the new phones from Samsung will only go on sale in select markets such as China, starting sometime next month.

My life-long dream has been to test out every gadget on the market! Considering the fact that I've rapidly destroyed almost every gadget I've had so far, I'm not inclined to owning something, so my ideal outcome would be to have a different gadget each month. I'm really into smartphones, wearables and tablets and I love Playstation and Xbox, I'm sure I'll beat you at your own game (after a month of training... or two)
Previous OnePlus One update fixes touchscreen issues
Next Smaller, more efficient 20nm chip to be fitted on the Xbox One Slim