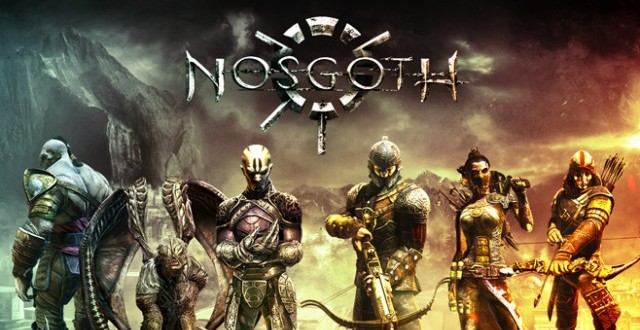 Nosgoth will have its own ESL Cup Series starting next month

The eSports scene is going to include yet another game very soon with the arrival of the upcoming online action-adventure title Nosgoth. The game is still in its Closed Beta phase and a release date has not been announced yet, but that didn’t stop publisher Square Enix from creating a series of competitions in collaboration with the Electronic Sports League. The ESL Nosgoth Closed Beta Cup Series will kick of on November 9 in both Europe and North America and will run each month until the Closed Beta phase ends. Presumably there will be another series of cups once the game launches if the beta cups will end up being successful.

The series will be very similar to the ESL Go4 cups that are already available for various games. These competitions will come in the form of weekly cups that take place each Sunday and offer prizes of €200/$200 per region for the winning team. In addition, each month there will be a Nosgoth cup final where the best teams are going to compete for €500/$500. “We believe Nosgoth offers a compelling competitive gaming experience and has the potential to be successful as an e-sports title, as such we’re making the tools to facilitate competitive gaming and are excited to see how this is received by the community,” said Nosgoth Game Director Corey Davis.

The ESL Nosgoth Close Beta Cup Series will feature a 4on4 single elimination Team Deathmatch format. Anyone can compete in these tournaments as long as they have an ESL account with their Nosgoth Steam ID linked on it. Of course, you will also need a pretty good team if you’re planning to win as the cup series will likely get very competitive. However, if you don’t already have a team, you can join one on ESL and jump right into the action. It looks like Square Enix wanted to introduce Nosgoth to the eSports scene for a while now as the game recently got an update with features that “go hand in hand with competitive gaming” according to the publisher.

I’m Load The Game’s co-founder and community manager, and whenever I’m not answering questions on social media platforms, I spend my time digging up the latest news and rumors and writing them up. That’s not to say I’m all work and no fun, not at all. If my spare time allows it, I like to engage in some good old fashioned online carnage. If it’s an MMO with swords and lots of PvP, I’m most likely in it. Oh, and if you’re looking to pick a fight in Tekken or Mortal Kombat, I’ll be more than happy to assist! Connect with me by email markjudge (@) loadthegame.com only
@@MarkJudgeLTG
Previous Galaxy S5 vs Oppo N3 – price, specs and features compared
Next Blizzard starts permanently banning Hearthstone win traders