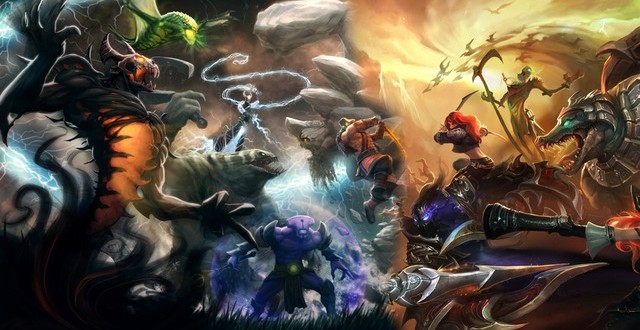 Former Dota 2 professional player Benedict Lim “hyhy” Han Yong went on Reddit earlier today to do an AMA with the fans. If you’re new to the game you might now know who he is, but Han Yong was pretty well known on the scene a couple of years back. “hyhy” used to play for Zenith and made it to the quarter-finals of The International 2012 with his former team. Despite a relatively successful career, Han Yong was forced to quit Dota 2 because of his studies and choose to play League of Legends instead. Riot’s MOBA offered a more flexible schedule which allowed him to both continue his studies and continue to enjoy gaming.

During the AMA “hyhy” spoke a bit about the differences between the two games. He doesn’t seem to think that one is necessarily better than the other as both are “excellent games with their own merits” in his opinion. That being said, Han Yong sees Dota 2 as being a more strategic game and League of Legends a more skill-based one. He then went on to compare The International with Worlds and said that Newbee won thanks to tactical superiority while Samsung White won because they were more skilled than their opponents. “We cant say the DK/ EG lineup at that time was any less skilled than Newbee,” hyhy said. “But I think SKT/ Samsung White were clearly the most skilled team when they won the respective LoL Worlds finals.”

He also says that the skill cap in League of Legends is higher than in Dota 2 because “most of their heroes have skillshots and landing them can be tough. The evolutions in the champions also allow 8 or more spells in a single hero, cooldown reduction aspect in the game also requires spells to be fast, not compromising accuracy and timing where they are casted.” Among other things, Han Yong also spoke about returning to the competitive Dota 2 scene while also mentioning that he misses playing the game. He says that teams have already made him offers for a coaching position, but they were rejected because he would like to return as a player and ideally fill the support role in a team.

I’m Load The Game’s co-founder and community manager, and whenever I’m not answering questions on social media platforms, I spend my time digging up the latest news and rumors and writing them up. That’s not to say I’m all work and no fun, not at all. If my spare time allows it, I like to engage in some good old fashioned online carnage. If it’s an MMO with swords and lots of PvP, I’m most likely in it. Oh, and if you’re looking to pick a fight in Tekken or Mortal Kombat, I’ll be more than happy to assist! Connect with me by email markjudge (@) loadthegame.com only
@@MarkJudgeLTG
Previous Study reveals that games like Call of Duty Advanced Warfare and Assassin’s Creed can improve our learning ability
Next Dark Souls 2 can be beat in under an hour