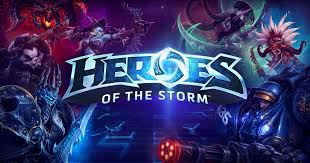 Although this free weekend is obviously geared towards getting more people to play the game, it also allows current players to try out the newer heroes like Varian, Ragnaros and Zul’jin that they may not have bought yet with real or in-game currency.

What is Heroes of the Storm?

Heroes of the Storm, or HotS, is Blizzard Entertainment’s MOBA, or multiplayer online battle arena. Like other popular games such as Dota or League of Legends, you and four other people choose heroes and try to outwit and out-skill the opposing team. While HotS is fairly approachable, there is a lot to learn and a lot of depth to grasp. Although you won’t have all the heroes unlocked right away, you can still earn them just by playing if you’re trying to avoid spending money.

I play a lot of saxophone and write a lot (music and otherwise) but love games - been playing since Super Mario 64!
@billybarro57
Previous Razer’s Stolen 3-Screen Laptop Listed for Sale
Next New Legend of Zelda Game Trailer and Release Date