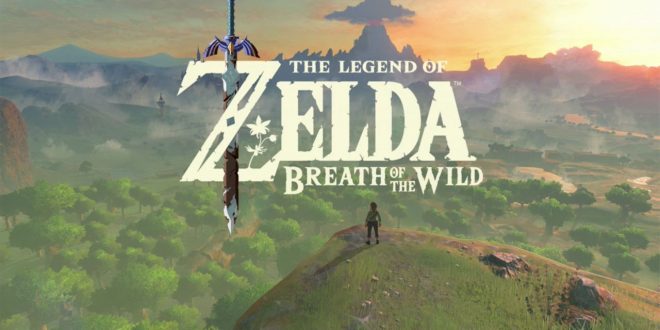 A new trailer for the Legend of Zelda Breath of the Wild has been released during the Nintendo Switch Presentation, as well as the confirmed release date of the anticipated game!

During the livestream, it was confirmed the game will be released on March 3rd, the same day as the Nintendo Switch, meaning the new Legend of Zelda game will be a launch game for the new console system.

The Nintendo Switch is a hybrid video game console developed by Nintendo, which was unveiled in October last year. The console features a main unit, shaped as a tablet, with two detachable controllers on both sides.

It was also confirmed by Nintendo of America on Twitter that the game would be released on the same date for Wii U. The trailer presented during the live stream shows a more in depth focus on the story and plot of the game, something that had been previously hidden from fans.

The trailer was released in both English and Japanese, featuring voice acting for Zelda. The dramatic trailer has already gathered hundreds of thousands of views on YouTube, exciting many fans of the series.

A student who enjoys playing video games - more specifically, open world role-playing games. I'll be writing the news when my Xbox controller decides to switch off (which is all the time).
@@tashpopovic
Previous Heroes of the Storm Free Weekend
Next Sony Closes Guerrilla Cambridge