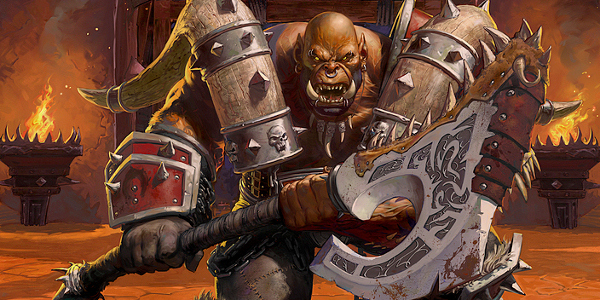 Warlords of Draenor, the fifth expansion of the massive MMORPG World of Warcraft, will go live today at 2:00 a.m. PST in North America and 12 a.m. CET in Europe. UK WoW players are already enjoying Warlords of Draenor, as the expansion was released yesterday on UK servers. Warlords of Draenor is set after the events of Mists of Pandaria, while the action takes place in the world of Draenor – the original home of the orcs, prior to its destruction and the creation of Outland. Players will meet once again with legendary WoW characters, such as Grom HellScream, Ner’zhul and Blackhand. The expansion brings lots of additional features such as:

Blizzard will most likely not stop here in terms of content for World of Warcraft and will continue pouring in patches for Azeroth and beyond in the following years. The main reason for this is that World of Warcraft has a huge number of subscribers with certain expectations, pledging for the same level of quality from Blizzard in future patches and expansions, in spite of the fact that WoW is by now a 10 year old MMORPG. World of Warcraft currently gathers a total of 7.5 million subscribers and remains the hugest MMORPG of all time. WoW fans will be in for a great adventure, as Warlords of Draenor promises to be the best Warcraft expansion to date. The inclusion of Garrisons and the character model rework are just two of the main goodies to look forward to. Best of luck in future raids!

I'm Razvan, a sports and first-person shooter enthusiast. I've always loved writing, even more so when it involves games. When I'm not playing on my PS3 or writing, I like to run exhausting cardio workouts, play soccer, watch a good movie, or read a good book.
Previous iPhone 6 Prototype was an unfinished unit, sold for $11.100
Next Study reveals that games like Call of Duty Advanced Warfare and Assassin’s Creed can improve our learning ability