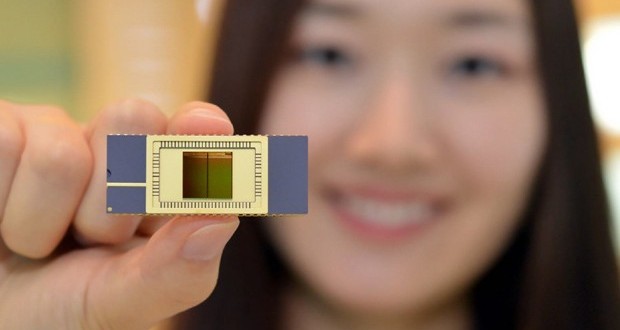 While the SSD is a whole lot more expensive than the HDD, its main advantage is speed and performance. Many high-end computers require SSD drives, but fact of the matter is, you can’t really find an SSD drive with more than 1 TB of storage. When it comes to enterprise solutions or multimedia environments, that’s just not enough storage space. While we do have cloud storage as an alternative to both HDD and SSD, there’s reticence in its use because of privacy and security issues. Samsung has begun production of a new type of SSD drive, made with TLC V-NAND flash memory, or 3-bit multi-level-cell, 3D vertical NAND flash memory.

With this new technology, Samsung could be able to make SSD drives that will be cheaper than the current models and would be even faster. Naturally, the new SSD should hold more than 1 TB so it could be a worthwhile investment on the part of enterprises. Samsung is reportedly working on an SSD for everyone that has leaked online and is called the 850 EVO. Samsung hasn’t confirmed that the SSD 850 EVO is the new SSD it is actually working on, but all signs point towards it. The SSD 850 EVO works on the same tech mentioned above. 3-bit 3D V-NAND.

Rumors about Samsung working on affordable and powerful SSD have been flying around for some time now, but nobody expected the company to actually begin the manufacturing process of the hardware so soon. If Samsung succeeds in its endeavor, we should end up with cheaper and more powerful SSD drives, capable of holding a lot more than 1 TB of data. The SSD 850 EVO should be available in a 2.5 inch form factor with Serial ATA-6Gb/s interface. The tech these SSDs are made with involves stacking numerous layers of NAND flash memory to boost bit density. Samsung uses 42nm process technology to make this so-called 3D V- NAND SSD. We are curious to see when the hardware will end up on the market, but we won’t be surprised if it surfaces early in 2015.

My life-long dream has been to test out every gadget on the market! Considering the fact that I've rapidly destroyed almost every gadget I've had so far, I'm not inclined to owning something, so my ideal outcome would be to have a different gadget each month. I'm really into smartphones, wearables and tablets and I love Playstation and Xbox, I'm sure I'll beat you at your own game (after a month of training... or two)
Previous Call of Duty Advanced Warfare sets new Twitch record in just one week after launch
Next Deathtrap’s Early Access version adds co-op, new class