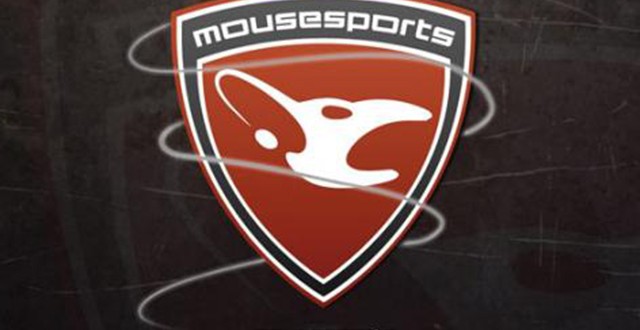 The Electronic Sports League, or ESL for short, has decided to disqualify German team mousesports from their Pro League. The Counter-Strike: Global Offensive scene is currently involved in a major scandal due to several players getting banned last week for cheating. One of the first players to suffer this fate was Simon “smn” Beck who was banned by Valve’s anti-cheat service and was no longer able to participate in any tournaments sponsored by the company. Unfortunately for mousesports, they used Beck as a stand-in player during the first rounds of the ESL Pro League qualifier, which landed them in this current predicament. The rules state that teams which have VAC banned players on their rosters will also be denied participation in major tournaments.

The sad thing for mousesports is that Beck was merely a stand-in for them at the qualifiers as their regular player Johannes „mouz tabseN“ Wodarz was unable to play then. Beck was an active player on team Alternate at the time, so he was most definitely not on the active Counter-Strike: Global Offensive roster for mousesports. Still, the ESL and other major eSports organizations are now cracking down hard on cheaters and the teams they play for, whether they’re on the active roster or not. What’s even more unfortunate is that mousesports are not able to participate even though they managed to win the German Pro League qualifier with crushing victories against “Offline Mod CS:GO” and “UNKNOWN”.

Penta eSports who placed second at the German qualifiers will be replacing mousesports according to the Electronic Sports League. The ESL Pro League opening season will kick off in a little more than a week and will feature sixteen of the best Counter-Strike: Global Offensive teams from Europe. The participating teams are as follows: Natus Vincere, Titan, Ninjas in Pyjamas, Virtus.pro, Epsilon, Team Dignits, Team LDLC, Planetkey Dynamics, fm eSports, Penta eSports, ESC Gaming, MyKPV.de, Team Orbit, CPH Wolves, k1ck eSports, and myXMG.

I’m Load The Game’s co-founder and community manager, and whenever I’m not answering questions on social media platforms, I spend my time digging up the latest news and rumors and writing them up. That’s not to say I’m all work and no fun, not at all. If my spare time allows it, I like to engage in some good old fashioned online carnage. If it’s an MMO with swords and lots of PvP, I’m most likely in it. Oh, and if you’re looking to pick a fight in Tekken or Mortal Kombat, I’ll be more than happy to assist! Connect with me by email markjudge (@) loadthegame.com only
@@MarkJudgeLTG
Previous PlayStation Vita: Refunds Expected After FTC Ruling
Next ZombiU 2 Listed on Amazon France