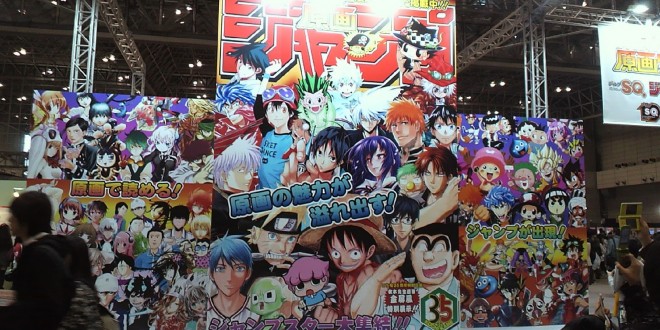 Jump Festa’s official website has revealed Square Enix’s game lineup for this year’s expo. The list features two popular Square Enix franchises, as well as the sophomore release of one of their latest franchises. The games will come in the forms of trailers, demos, and part of Square Enix’s stage at the expo. Here is a list of what games to expect (translated by Gematsu):

Jump Festa is an annual exposition in Japan focused around anime and manga. Jump Festa started in 2001, and features new movies, manga, merchandise, and games. Manga artists of many different titles attend the expo, and many of them will hold panels where they will answer questions that fans have. Jump Festa has also become a sort of gaming convention, where trailers, gameplay, and demos are all revealed.

Many other game developers will be at Jump Festa as well, showing off new and upcoming titles. Developers include Bandai Namco, Capcom, Konami, Nintendo, Sega, Sony, and many others. Along with demos, trailers, and stage events, there will also be tournaments held, including a tournament for the newly released Super Smash Bros for the Wii U. Games being featured include Tales of Zestiria, Monster Hunter 4 Ultimate, Pokemon Omega Ruby and Alpha Sapphire, Phantasy Star Nova, and Dragon Ball Xenoverse. Except for a few select Final Fantasy games, the Xbox One does not seem to get much love at Jump Festa, as there does not seem to be any other games that are being featured on the system. Jump Festa runs from December 20th to 21st.

I’m Load The Game’s co-founder and community manager, and whenever I’m not answering questions on social media platforms, I spend my time digging up the latest news and rumors and writing them up. That’s not to say I’m all work and no fun, not at all. If my spare time allows it, I like to engage in some good old fashioned online carnage. If it’s an MMO with swords and lots of PvP, I’m most likely in it. Oh, and if you’re looking to pick a fight in Tekken or Mortal Kombat, I’ll be more than happy to assist! Connect with me by email markjudge (@) loadthegame.com only
@@MarkJudgeLTG
Previous Sony Reveals PS4’s Upcoming Free PS Plus Games
Next Guilty Gear Xrd -SIGN- Demo Available for PS Plus