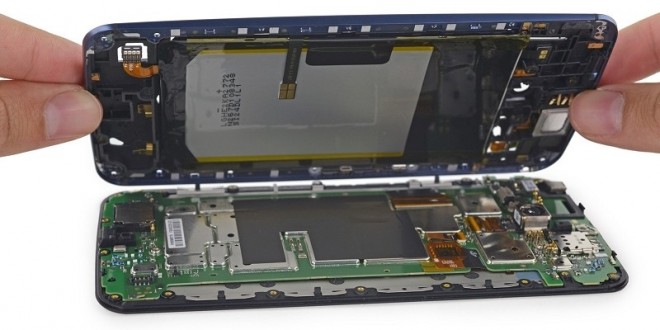 Nexus 6 is both attractive and easy to repair

Nexus 6, the fairly high performer born from the lucrative partnership between Google and Motorola proves to be a pretty accessible phone in terms of repairability. Or so claims an iFixit specialist who got his hands on the Android 5.0 smartphone and teared it down to see what’s what. Getting inside the phone is a little bit tricky, although the adhesive holding its two halves in place is quite easy to unstick. Once you manage to get the rear panel off, you’ll have to go through a total of 22 screws before accessing the most delicate parts. The first order of business is the 3220mAh battery with inductive charging coil. The outer camera assembly follows, with a circular lens cover miming a ring flash. The Nexus 6 rear camera employs a Sony Exmor IMX 214 CMOS image sensor, the same found on the OnePlus One.

Moving further into the tear-down, the iFixit specialist managed to detach the display assembly. While it was quite easy to access, the costs of a display repair might be pretty steep, mainly because the display itself is attached to the digitizer glass, so if the screen gets cracked, you’ll have to pull out a fair amount of cheddar out of your pockets to get it fixed. In a nutshell, iFixit ranks the Nexus 6 phablet among the most easily repairable devices on the market, awarding it a score of 7 out of 10 (10 being the easiest to repair). Practicability wise, the Nexus 6 will not give users a lot of headaches when seeking to dismantle it, as it utilizes a single type of screw throughout its entire assembly, which certainly beats clips and gobs of adhesive. iFixit also praised the device for the use of pressure contacts and cable connections which allow the cameras, buttons and headphone jack to be easily replaced in the event of malfunction. 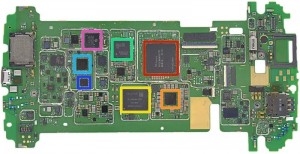 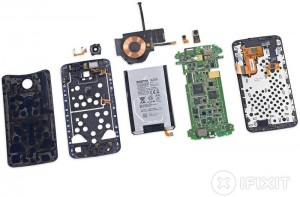 As a minus, the Nexus 6 features a number of components directly soldered to the motherboard and their replacement will prove a little bit more trickier because of that. All in all, the Nexus 6 showcases an attractive design, quality materials, and reasonable repairability access.

I'm Razvan, a sports and first-person shooter enthusiast. I've always loved writing, even more so when it involves games. When I'm not playing on my PS3 or writing, I like to run exhausting cardio workouts, play soccer, watch a good movie, or read a good book.
Previous Blackberry Passport is currently $200 cheaper than usual
Next Sunset Overdrive DLC Detailed