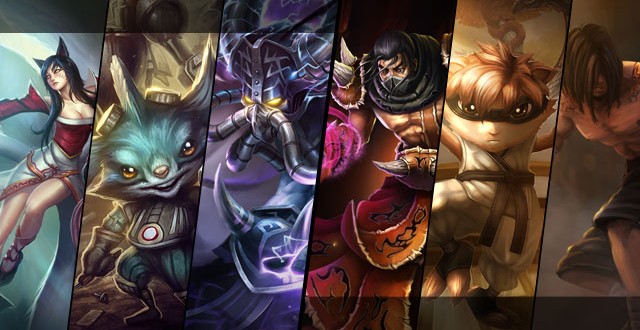 Riot teases the next League of Legends champion in new video

Riot has been very busy lately with developing updates, implementing changes, and continuously trying to find ways of lowering toxicity within the community. In addition, the company somehow found the time to also work on new champions for League of Legends. No, I’m not talking about Kalista, who was released earlier this month. The company is working on a very different champion and it looks like they will be ready to fully reveal her soon. For now, Riot put together a short animated video aimed at giving us an idea on what to expect from this latest addition to the League of Legends roster.

The teaser in question goes by the name “The Terror Beneath” and starts off by showing us a caravan of merchants travelling across the desert. Nothing special happens until about half way throughout the video when one of the merchants notices that something is following them and rings the alarm. The remainder of the video shows a huge purpleish monster attacking and killing the merchants one by one. While this would be a good premise for a horror movie, the teaser in fact introduces us to the new League of Legends champion. There are very few important details mentioned, but we do learn from the description that this is a female champion and that the Shurima desert is her domain. The description also tells us that “she hunts those that run, and kills those that fight”, so this is one League of Legends champion you won’t want to mess with.

The overall look of the champion suggests that she could be a Void creature, but this is just speculation for now as Riot didn’t actually mentioned it. Some other Void League of Legends champions include: Cho’Gath, Kha’Zix, Kog’Maw, Kassadin, Malzahar, and Vel’Koz. Not much else to say about the new champion right now, so we’ll have to wait until Riot shares more details with us. In the meantime, make sure you check out the teaser below.

I’m Load The Game’s co-founder and community manager, and whenever I’m not answering questions on social media platforms, I spend my time digging up the latest news and rumors and writing them up. That’s not to say I’m all work and no fun, not at all. If my spare time allows it, I like to engage in some good old fashioned online carnage. If it’s an MMO with swords and lots of PvP, I’m most likely in it. Oh, and if you’re looking to pick a fight in Tekken or Mortal Kombat, I’ll be more than happy to assist! Connect with me by email markjudge (@) loadthegame.com only
@@MarkJudgeLTG
Previous Captain Toad – Treasure Tracker TV Commercial Released
Next Dark Souls II is Coming to PlayStation 4 and Xbox One