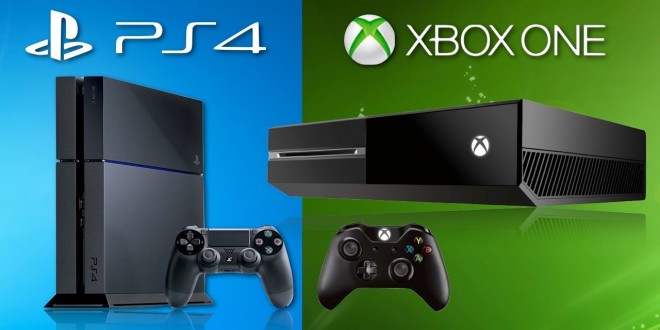 The never ending Xbox One and PS4 graphics discussion resumes once again. In the middle of this current-gen console war, a lot of controversy has sparked from the visual performance side of things. Ongoing debates usually revolve around the same subjects; which console offers the better graphics, resolution. and so on. While a higher resolution translates into an enhanced level of detail, this is not entirely the case. And it is simply because there are other factors that have a great influence on in-game graphics and textures. One of these crucial factors is the polygon count, an advanced graphics technique that has a great impact on the level of detail implemented in any given next-gen title. Developers have been facing serious challenges while aiming to improve the level of detail in their games without compromising the polygon count.

This is without a doubt very difficult to achieve, but not impossible, according to the developers of Simplygon, the main provider of automatic level of detail optimization tools. This claim basically suggests that better optimization coincides with increased level of detail without compromising polygon count. Simplygon embodies an array of pre-processing tools which ensure an automatic level of detail optimization for the latest video games. To give you an idea about the importance of Simplygon, this complex optimization tool is currently used in the massive upcoming space sim Star Citizen and was previously used in Witcher 3: Wild Hunt and many other recently released titles. Martin Ekdal, the Simplygon co-founder, revealed in an interview with GamingBolt that they currently have at their disposal optimization methods that can be implemented in order to improve level of detail in upcoming Xbox One and PS4 titles.

“You can definitely optimize without reducing the tri-count, but you can also reduce the amount of polys in a mesh, without really affecting how it looks. For example, with ProxyLOD, you can create a new mesh that looks like the original but is empty (has no triangles) on the inside. This will essentially give you something that looks the same; but has a lot less overdraw,” Ekdal said.

“Also, there are other ways of optimizing, and often the tri-count might not be the biggest obstacle – even though every machine has limitations on how many polys it can push. We can for example just optimize the materials/textures or, instead of focusing on polygon reduction, merge objects together to reduce the number of draw calls, which a lot of times is a bigger bottleneck,” he continued.

According to the company official, Simplygon is undergoing a series of changes which are not necessarily limited to the PS4 and Xbox One consoles, but will bring an improvement in level of detail for upcoming console releases: “We are always making improvements to the system, but nothing so far that is directly related to only PS4 and Xbox One. The biggest “change”(if you can call it that) so far is that developers started using more LOD levels, as the memory increased lots and the processing power is, well, not as increased. This makes it possible to “dial in” the quality/performance ratio better, and is made possible by the automated LOD creation, where manual generation is prohibitively expensive.”

I'm Razvan, a sports and first-person shooter enthusiast. I've always loved writing, even more so when it involves games. When I'm not playing on my PS3 or writing, I like to run exhausting cardio workouts, play soccer, watch a good movie, or read a good book.
Previous Getting hurt in video games will literally take the blood out of you
Next Sword Art Online: Lost Song Reveals Two New Characters