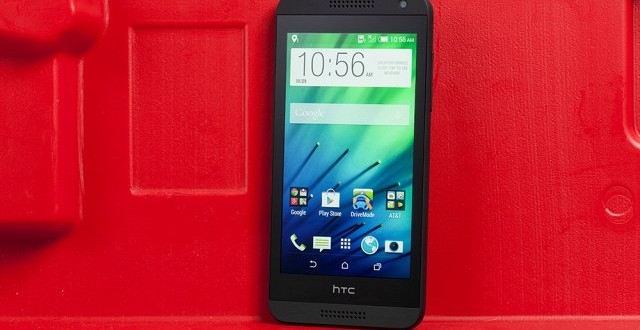 It appears that the HTC Desire family will be getting a brand new member very soon and it’s already been spotted in the wild. The device in question reportedly goes by the name HTC Desire 620 and sports only mid-range hardware. This information was leaked by the folks over at the Bulgarian website Nixanbal who somehow managed to get their hands on the upcoming handset. The original article in which they speak about the device has since pulled down, which suggests that HTC were definitely not ok at all with this reveal and have probably asked them to remove it. However, a cached version of the HTC Desire 620 article with English Google translation on top is still available here.

According to the website, the HTC Desire 620 will feature an all-plastic body with an overall design that’s pretty close to the premium feel of the HTC One M8 flagship. The device comes equipped with a 5-inch HD display with 1280 x 720 pixel resolution and a quad-core processor clocked at 1.2 GHz, which may or may not be the Qualcomm Snapdragon 410. The CPU comes complete with 1 GB of RAM and an Adreno 330 GPU, while elsewhere under the hood we can also find an 8 MP primary camera along with a 5 MP front-facing selfie shooter. The HTC Desire 620 also features 8 GB of internal storage memory that can be further expanded via microSD card.

The website also mentions that if you remove the device’s back cover you’ll run into a 2,100 mAh battery and a micro-SIM card slot. The HTC Desire 620 will run on the Android 4.4.4 KitKat operating system with HTC’s Sense 6 interface on top. Pricing and availability are not known yet, although the source suggests that we should see the handset in stores sometime by the end of the year. This means that an official announcement will likely be made very soon.

I’m Load The Game’s co-founder and community manager, and whenever I’m not answering questions on social media platforms, I spend my time digging up the latest news and rumors and writing them up. That’s not to say I’m all work and no fun, not at all. If my spare time allows it, I like to engage in some good old fashioned online carnage. If it’s an MMO with swords and lots of PvP, I’m most likely in it. Oh, and if you’re looking to pick a fight in Tekken or Mortal Kombat, I’ll be more than happy to assist! Connect with me by email markjudge (@) loadthegame.com only
@@MarkJudgeLTG
Previous Samsung Galaxy Note 5 will “suit your needs” according to Samsung VP
Next Sprint Galaxy S5 to get Android 5.0 Lollipop Test Build