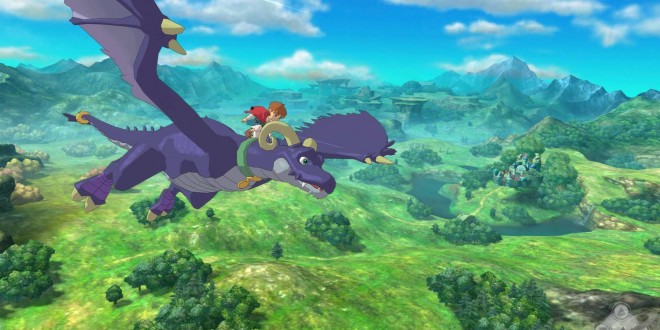 Ni no Kuni: Wrath of the White Witch development studio Level-5 Games will have a big announcement next year. It seems the studio will be taking to E3 next year to announce an upcoming PS4 title.

Skipping over this year’s PlayStation Experience, Level-5 Games will present their next title at E3. Company boss Akihiro Hino confirmed the news during a live stream of White Knight Chronicles II, a game that Japanese PlayStation Plus members will be receiving for free this month. During the stream, Hino mentioned that he wanted the new title to exceed the the scale of White Knight Chronicles.

There is no word as of yet on what kind of game Level-5 could be making. The studio could be working on a new White Knight Chronicles, or even a follow-up to the critically acclaimed Ni no Kuni: Wrath of the White Witch. There is also the possibility that the game will be an all new series as well. Whether or not the title will be a PS4 exclusive is not known at this point.

Ni no Kuni: Wrath of the White Witch is perhaps Level-5’s most successful game at this point. The title won many “Best RPG of the Year” awards the year that it was released. The title was a collaboration with famous animated filmmaker Studio Ghibli, who created the game’s animated sequences. The plot of Ni no Kuni follows a young boy named Oliver, who has just lost his mother. A fairy named Drippy soon leads Oliver to another world which has been taken over by the evil wizard Shadar. The two set out with hopes of finding a way to bring back Oliver’s mother. Ni no Kuni: Wrath of the White Witch found much praise, especially for its unique battle system that combined traditional JRPG combat with fast-paced Western RPG combat.

I’m Load The Game’s co-founder and community manager, and whenever I’m not answering questions on social media platforms, I spend my time digging up the latest news and rumors and writing them up. That’s not to say I’m all work and no fun, not at all. If my spare time allows it, I like to engage in some good old fashioned online carnage. If it’s an MMO with swords and lots of PvP, I’m most likely in it. Oh, and if you’re looking to pick a fight in Tekken or Mortal Kombat, I’ll be more than happy to assist! Connect with me by email markjudge (@) loadthegame.com only
@@MarkJudgeLTG
Previous Black Friday Shoppers Take Down Retailer Websites
Next Huawei will unleash the dual-camera Glory 6 Plus in China next month