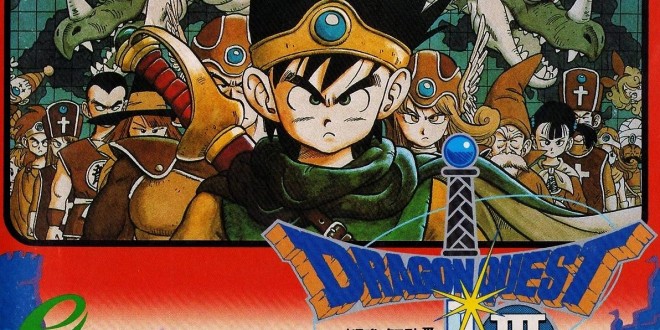 The Dragon Quest series has always had a bit of a rocky relationship in the West.  While Square Enix, and eventually Nintendo decided to take a chance with the series and localize the ports of Dragon Quest IV, V, and VI, and the new entry at the time (IX) for the DS, both companies have seemingly dropped support for English localizations for Dragon Quest games, leaving the 3DS remake of VII and the MMO X over in Japan.

What is true of the console and portable world, however, is not always true of the mobile world.  Square Enix has released Dragon Quest III: Seeds of Salvation in English on  iOS, for the price of $9.99. The game was also released for Android devices and you can snatch it from the Google Play Store for $6.99.

Dragon Quest III is one of the more popular titles in the iconic series, for a number of reasons.  First, Dragon Quest III is the third and final entry to the Erdrick saga, rounding out the world and lore presented in the first two games.  Secondly, Dragon Quest III allows you a lot of customization for your party.  While the main character is forced to be the Hero class, his or her personality can be determined based on a questionnaire of sorts at the beginning of the game, and the other characters can be created based on available classes and some points you can distribute to stats.

It’s also worth mentioning that Dragon Quest III: Seeds of Salvation for the iOS is based off the Game Boy Color and Super Famicom versions of the RPG.  In other words, this version has the added perks of Mini Medal collecting and a new class, as well as some difficulty balancing to make the titles a little easier.  This may seem like a deterrent to veteran gamers that enjoy the grind, but overall the tweaks make for a smoother experience. You can pick up Dragon Quest III: Seeds of Salvation right here.

I’m Load The Game’s co-founder and community manager, and whenever I’m not answering questions on social media platforms, I spend my time digging up the latest news and rumors and writing them up. That’s not to say I’m all work and no fun, not at all. If my spare time allows it, I like to engage in some good old fashioned online carnage. If it’s an MMO with swords and lots of PvP, I’m most likely in it. Oh, and if you’re looking to pick a fight in Tekken or Mortal Kombat, I’ll be more than happy to assist! Connect with me by email markjudge (@) loadthegame.com only
@@MarkJudgeLTG
Previous Dead or Alive 5: Last Round Announced for PC
Next MASSIVE CHALICE Preview