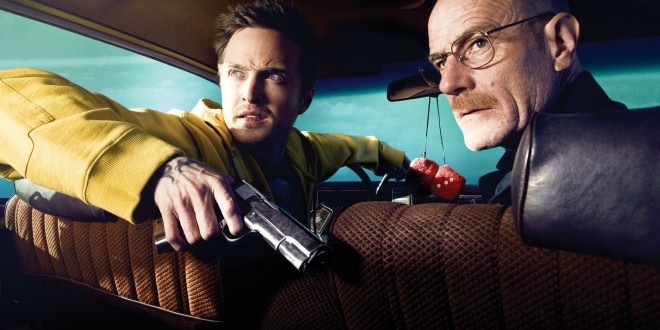 Yo Bitch is the latest app Aaron Paul from Breaking Bad launched last week. While that name doesn’t say much about Yo Bitch, Breaking Bad being mentioned should be enough to grab your attention for a few minutes. Aaron Paul plays Jesse Pinkman in Breaking Bad and if you’ve been a follower of the TV show, you should be familiar with the character’s catchphrase. In that case, Yo Bitch doesn’t seem as distant and unknown, even vulgar, like to those who don’t watch the popular TV show.

Yo Bitch is a messenger app for iOS devices, but an Android release of the app should happen early in 2015, according to Breaking Bad’s own Aaron Paul, who launched and talked about Yo Bitch on his Twitter account. If you were hoping to get the Yo Bitch app for free, you’re going to be disappointed, since it’s 99 cents on iTunes. That’s still not a huge price for a messaging application and by the time it hits Android, it might even be released for free, but don’t take our word for it.

Yo Bitch centers around one’s desire to send funny messages in Aaron Paul’s voice. While doing that might not seem the least bit interesting to those of you who don’t watch Breaking Bad, fans will be delighted because the app can be fun and entertaining. As you can probably deduce, Yo Bitch is similar to Yo, since you can’t really send your own messages to your friends. Instead, you can use the phrases that come with Yo Bitch and you can add more various vulgar and half-vulgar sentences and phrases through in-app purchases. You’ve got a lot of choices in the free phrases section of Yo Bitch, but if you want the full experience, be prepared to pay a few cents for each phrase pack.

While Yo Bitch doesn’t seem like a very worthwhile app, especially since it relies a bit on in-app purchases and it isn’t even free, Breaking Bad fans will certainly appreciate having the possibility of sending fellow fans phrases in Aaron Paul’s or Jesse Pinkman’s voice, whatever you would like to call it. As you can probably tell, Yo Bitch is not a child-friendly app, and in-app purchases can be a hassle, so if you decide to get the app on your iPhone or iPad, be prepared to do some parental control once the app is installed.

My life-long dream has been to test out every gadget on the market! Considering the fact that I've rapidly destroyed almost every gadget I've had so far, I'm not inclined to owning something, so my ideal outcome would be to have a different gadget each month. I'm really into smartphones, wearables and tablets and I love Playstation and Xbox, I'm sure I'll beat you at your own game (after a month of training... or two)
Previous The Witcher 3: Wild Hunt ‘Downgrade’ Explained
Next The next Assassin’s Creed Unity patch is expected to fix any remaining issues