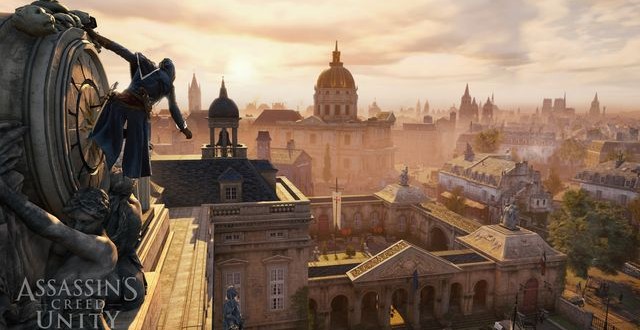 It’s no secret that Assassin’s Creed Unity launched in a state that could only be described as unacceptable by most people. I mean, we’re already three patches in and there are still plenty of problems with the game. Luckily, Ubisoft is working as we speak on patch 4, which is expected to fix most of the remaining issues reported by gamers. However, the company asks players to continue to contact Customer Support and report all problems they’ve encountered while playing the game. As for the issues they’re already aware off, Ubisoft recently posted a blog update regarding the next patch for Assassin’s Creed Unity and what it will contain. The full change log has not been announced though, so expect more fixes to be announced at some point before the patch launches.

As it stands, we already know that Ubisoft is working on fixing a bug which causes Assassin’s Creed Unity to crash after loading your save. A permanent fix for this bug will be included  in patch 4, although Ubisoft mentions that there is a workaround this.”Try taking your system offline and reload your save, you should be able to play offline,” they said. The upcoming Assassin’s Creed Unity patch also includes fixes for Error CE-34878-0, initiates legacy recognition issues, and companion app issues, among others. The full list of known issues currently being looked at can be seen here.

Aside from the upcoming patch, Ubisoft also discussed about the free game promised to all those who own the Assassin’s Creed Unity Season Pass. Although the company didn’t reveal a whole lot of specific details regarding the matter, they did say that they are “working on a web-based solution for submitting requests and distribution fulfillment.” Still no news on what the game will be, so we’ll just have to wait until Ubisoft makes another announcement. Further details will presumably be revealed soon.

I’m Load The Game’s co-founder and community manager, and whenever I’m not answering questions on social media platforms, I spend my time digging up the latest news and rumors and writing them up. That’s not to say I’m all work and no fun, not at all. If my spare time allows it, I like to engage in some good old fashioned online carnage. If it’s an MMO with swords and lots of PvP, I’m most likely in it. Oh, and if you’re looking to pick a fight in Tekken or Mortal Kombat, I’ll be more than happy to assist! Connect with me by email markjudge (@) loadthegame.com only
@@MarkJudgeLTG
Previous Yo Bitch app launched by Breaking Bad’s Aaron Paul
Next Snapdragon 810 will be released in the first half of 2015