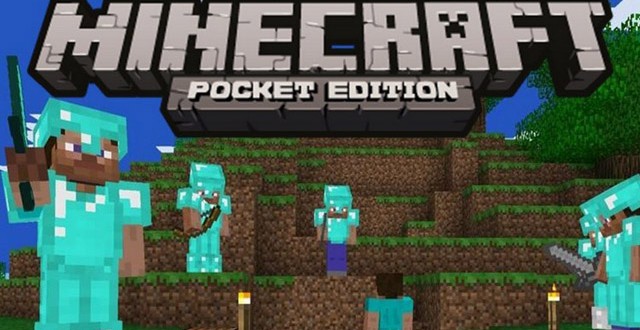 Minecraft has been released for Windows Phone

Minecraft has been released for Windows Phone

Minecraft: Pocket Edition is now available on Windows Phone devices at long last. Pretty much anyone who was aware of Microsoft’s plans to acquire Mojang saw this day coming a mile away. In fact, the main reason for why the tech giant decided to buy the studio has in fact become that much clearer today. Prior to the acquisition, Minecraft was available on pretty much every other platform – including iOS and Android – except for Windows Phone and it didn’t seem like such a version would ever arrive due to the low popularity of the operating system. However, Microsoft wasn’t going to let a small thing like Mojang refusing to make a Windows Phone version stop them from having one. Therefore, the company just outright bought the studio.

The deal went through for the absolutely jaw-dropping sum of $2.5 billion. Just to put things into perspective, that’s more than the $2 billion paid by Facebook to acquire Oculus, or the $970 million Amazon paid to buy Twitch. There have been many more similar acquisitions this year, but this was undoubtedly one of the most surprising ones. As for the Windows Phone version of Minecraft, if you’ve played the game on any other platform before then you pretty much already know what to expect. You have the very same block-based sandbox gameplay that you can enjoy either online or by yourself in two distinct modes – Creative and Survival. Minecraft is available to purchase for $6.99 from the Windows Phone Store.

Now that Minecraft is finally on Windows Phone, Microsoft is probably thinking about other ways of using the IP. Xbox CEO Phil Spencer was heard talking about a sequel at some point, but he didn’t seem very convinced that gamers would be very interested in such a game. There is also a Minecraft movie in the works over at Warner Bros., although the studio seems to be struggling with actually making it happen, so it’s unlikely that we’re going to see it in the near future. In any case, Microsoft paid a great deal of money to buy the rights, which means they are probably trying to figure out how to make some sort of a profit from it as we speak.

I’m Load The Game’s co-founder and community manager, and whenever I’m not answering questions on social media platforms, I spend my time digging up the latest news and rumors and writing them up. That’s not to say I’m all work and no fun, not at all. If my spare time allows it, I like to engage in some good old fashioned online carnage. If it’s an MMO with swords and lots of PvP, I’m most likely in it. Oh, and if you’re looking to pick a fight in Tekken or Mortal Kombat, I’ll be more than happy to assist! Connect with me by email markjudge (@) loadthegame.com only
@@MarkJudgeLTG
Previous GTA 5 PC more than just a port, already running at 60 FPS
Next Windows 10 Cortana showcased in new video