Sword Art Online: Lost Song Gets a First Look at Strea and Argo

Dengeki Online has given us a look at the two newly announced characters for Sword Art Online: Lost Song. The first is Strea, who is voiced by Sachika Misawa. In ALfheim Online, Strea plays as a Gnome character, and wields a great sword. She can adventure alongside players as a NPC. The second character is Argo, who is voiced by Shiori Izawa. Argo is an old friend to the main characters Kirito and Asuna, who know her from Sword Art Online. She gave nicknames to the pair, calling Kirito “Ki-bou” and Asuna “Aa-chan.” In Sword Art Online, Argo was a valuable information dealer known as “Argo the Rat.” in ALfheim Online, she plays as a Cait Sith, and specializes in hand-to-hand combat. You can check out some screenshots for the characters below.

Not long ago, a new area in Sword Art Online: Lost Song was revealed. In Lost Song, players play on a continent called “Svart ALfheim,” which is comprised of several floating continents. One of them is Vorklinde, a floating grassland with windmills and other large structures. It was also revealed that Lost Song will receive a limited edition. For 9,980 yen, players get a special box, special Blu-ray disc, soundtrack CD, special booklet, and 12 clear posters. The standard edition of the game will cost 7,120 yen on the PlayStation 3, and 6,170 yen on the PS Vita. Also for Lost Song, the English localization will be better. The game’s predecessor Sword Art Online: Hollow Fragment’s localization was somewhat of a joke. Producer Yosuke Futami has assured fans that the localization is being handled differently, and will be better this time around. 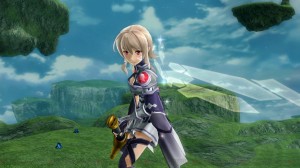 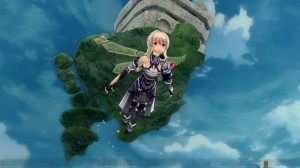 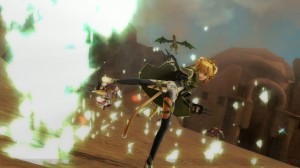 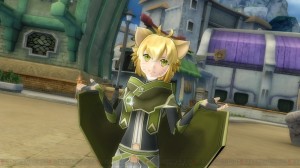 Sword Art Online: Lost Song will release in Japan on March 26, 2015. There is no word on if an when the title will come overseas. An English version will be released in Asia.

I’m Load The Game’s co-founder and community manager, and whenever I’m not answering questions on social media platforms, I spend my time digging up the latest news and rumors and writing them up. That’s not to say I’m all work and no fun, not at all. If my spare time allows it, I like to engage in some good old fashioned online carnage. If it’s an MMO with swords and lots of PvP, I’m most likely in it. Oh, and if you’re looking to pick a fight in Tekken or Mortal Kombat, I’ll be more than happy to assist! Connect with me by email markjudge (@) loadthegame.com only
@@MarkJudgeLTG
Previous Top Five RPG Games of 2014
Next Amplitude Preview – Return to Simplicity