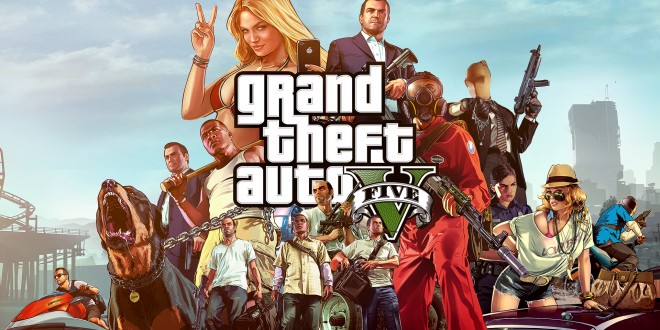 GTA V is has been causing quite a stir lately! With it being kicked out of stores, players finding glitches/cheats, and everything in between. All the while, players are waiting for GTA V’s heists to make an appearance, but nothing yet. We thought GTA V’s Heists may come earlier in the month, but according to sources it is no longer the case. GTA V’s heists and holiday DLC are now supposedly coming out December 23rd! GTA V will also host its Holiday DLC, which will turn GTA V’s Los Santos white for the season! The GTA V leak comes from YouTuber iCrazyTeddy:

It is a rather big leak, as he talks about  Heist missions and the DLC. GTA V’s heists have been highly anticipated since the launch of GTA: Online last year. So, if the leak remains true and the heists for GTA V finally release, many will be happy. GTA V’s heists DLC will not only include 1 heist luckily, as the video goes on to talk about 6 missions. There is a compiled list of what iCrazyTeddy is speaking about:

This list comes from the NillX Forums. Hopefully the leak remains true and players can finally heist it up on GTA V. While some may be disappointed in only 6 heists after over a year, there should be multiple ways of completing the heists. It should be interesting to see how long GTA V’s heists are, how many different ways you can complete them, how much money you earn, and how fun they are. For many fans of GTA V though, it will be a relief just to finally play the DLC they have been waiting so long for.

Christopher is a Contributor at Load The Game and a Community Manager for Project Extract. If he isn't writing about games or playing games, then he's more than likely thinking about, you guessed it, games. Christopher prefers RPGs over all, but isn't opposed to jumping in to just about anything.
@Reaperchris13
Previous Devil May Cry Definitive Edition Coming 2015
Next Samsung Galaxy S6 likely to get a release date at CES 2015