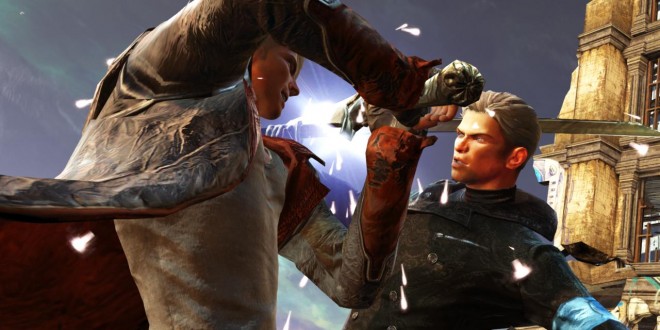 Devil May Cry Definitive Edition is an updated version of 2013’s action title DmC Devil May Cry. Developer Ninja Theory and publisher Capcom made the announcement. They have also given the release date on PlayStation 4 and Xbox One as March 17, 2015. The game will only cost $40 compared to the standard retail cost of $60. The game will feature 60fps and full 1080p resolution on both platforms. 60fps is a great addition as action titles require precise timing for combos and dodges. Capcom showed some screens and also has a trailer on YouTube showing off the new gameplay.

Devil May Cry Definitive Edition includes not only the base game but also all the previously released downloadable content and some new modes. Devil May Cry 4 Special Edition was also announced and will be coming to PlayStation 4 and Xbox One in summer of 2015. The gameplay of Devil May Cry Definitive Edition has been reworked and tweaked based on feedback from the past two years. Ninja Theory went in and changed some mechanics, such as rebalancing combat elements and tweaking enemy behavior. There is also a new manual lock-on setting. The Bloody Palace DLC is now available for Dante’s brother Vergil, and you can disable the timer. Bloody Palace is an area where you battle waves of oncoming enemies. Turbo mode boosts the speed of gameplay of Devil May Cry Definitive Edition by 20%. There is a Hardcore Mode difficulty setting which can be toggled at any point. A Gods Must Die difficulty level has been added, where enemies spawn in Devil Trigger, deal 2.5x damage, and no items are allowed. Must Style mode requires the player to reach S-rank style in order to deal damage to enemies. Some new costumes will be available for Dante and Vergil, and trophies, achievements and leaderboards have been updated for the new content and modes.

Devil May Cry Definitive Edition will be available on March 17, 2015 for PlayStation 4 and Xbox One. It continues the trend of last generation games being brought to the new consoles. Although the amount of additional and fixed content makes it much more worthy of a rebuy, especially at the $40 price tag  upon release.

Previous Cicret Bracelet: your arm will be the display and interface
Next GTA V December 23rd: Heists & Holiday DLC