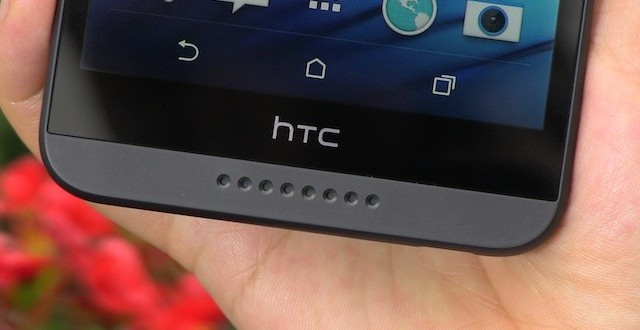 HTC One M9 specs leak again, display at only 5 inches with FHD resolution

Here we go again. The rumor mill never slows down it seems and this time it brought another set of leaked specs for the HTC One M9. Also known as HTC Hima, the upcoming flagship is expected to be a substantial improvement over the current one, although not everything will be improved if rumors are to be believed. The latest word on the street is that the display will actually stay the same, meaning that we should be looking again at a 5-inch panel with 1080 x 1920 resolution. This is a bit surprising given that most other flagships are reportedly moving on to 1440 x 2560 resolution, and bigger displays in some cases. The HTC One M9 will not be among them it seems, but overall that shouldn’t be a huge drawback.

Display aside, the latest list of specs to be leaked also tells us that the handset will measure 144.3 x 69.4 x 9.56 mm and come in Gray, Silver, Gold, and Gunmetal Gold color options. Hardware-wise, the HTC One M9 will reportedly sport the new Qualcomm Snapdragon 810 octa-core processor, 3 GB of RAM, and a 2840 mAh battery pack. Other specs include a 20.7 MP primary camera on the back, along with either a 13 MP or 4 MP Ultra Pixel secondary snapper on the front. No news on the storage memory, but the HTC One M9 will likely feature at last a 32 GB option and a microSD card slot is to be expected.

All in all, we’ll be looking at a few significant upgrades here, especially in the CPU and camera departments. It’s a bit strange to see the exact same display yet again, but ultimately this is still a rumor, so remember to take it with a grain of salt. The leak also mentions that the HTC One M9 will run on the Android Lollipop operating system with the Sense 7.0 UI and top. Finally, the leaker says that we should expect to see the device as early as March 2015.

I’m Load The Game’s co-founder and community manager, and whenever I’m not answering questions on social media platforms, I spend my time digging up the latest news and rumors and writing them up. That’s not to say I’m all work and no fun, not at all. If my spare time allows it, I like to engage in some good old fashioned online carnage. If it’s an MMO with swords and lots of PvP, I’m most likely in it. Oh, and if you’re looking to pick a fight in Tekken or Mortal Kombat, I’ll be more than happy to assist! Connect with me by email markjudge (@) loadthegame.com only
@@MarkJudgeLTG
Previous Digimon Story: Cyber Sleuth 5-Minute Trailer
Next Skype security flaw allows for easy spying on Android users