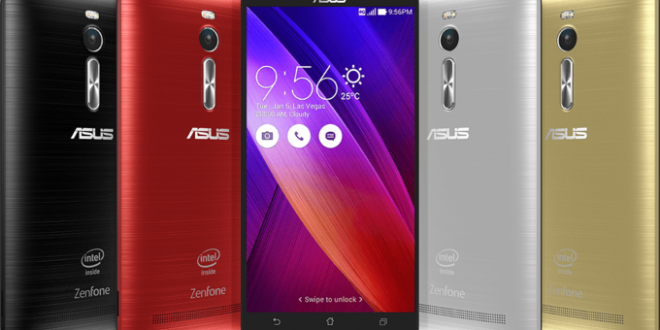 Asus ZenFone 2 phablet is the first with 4 GB RAM

Asus teased something entirely new for CES 2015, but we weren’t expecting multiple high-end smartphone releases. Still, the company announced a multitude of devices at their event yesterday, including the massive Asus ZenFone 2 and the ZenFone Zoom with a camera that features optical zoom. Both these devices are quite interesting to see launched by the Taiwanese company, and we’re going to take a look at the flagship Asus ZenFone to see what it can offer to the smartphone enthusiasts of the world.

Asus teased the Zoom more than it did the phablet sporting a whopping 4 GB RAM, but we were still fairly certain ahead of the CES show that the company would be revealing a new ZenFone. The Asus ZenFone 2 is the first in the industry to use 4 GB RAM. If you think that having all that memory on a smartphone is redundant and you won’t make use of it, you can sigh in relief because the company that brought us the Transformer Book series that was so popular last year decided that it would release their 2015 flagship with two memory variants: one sporting the surprising 4 GB RAM and another sporting only 2 GB so that you can feel comfortable.

The Asus ZenFone 2 seems to be the perfect competitor to recent flagships like the Galaxy Note 4 and Apple iPhone 6 Plus and places itself right in-between the two. The powerful handset comes with a 5.5 inch display with a 1080*1920 resolution adding up to 403 ppi pixel density. The smartphone is pretty large compared to the flagships listed above, measuring 152.2*77.2*10.9, so we can definitely classify it as a phablet. Phablets have been on the rise in the past couple of months, major smartphone makers like Samsung, Xiaomi and Apple all introducing massive handsets that won’t fit in most skinny jeans’ pockets.

Asus is making the ZenFone 2 the star of the show, proposing various color schemes as well as dual SIM variants and LG G3-like designs. Since many of you enjoyed the design on the LG G3 and the Taiwanese company seemed to have noticed that, you will yourselves notice some design elements being borrowed from it. On the Asus ZenFone 2, you will find the volume rocker on the back, right under the camera, which is indeed reminiscent of the LG G3. The brushed metal design on the back panel also reminds us of the QHD-touting flagship, so some of you might argue that Asus is kind of copying the design. Alas, it looks absolutely great and has a decent screen to body ratio of 72%, so we’re quite pleased with it.

I know you guys want to hear what kind of CPU will be paired with that massive amount of RAM, so here goes: the Asus ZenFone 2 has a 64 bit Intel Atom Z3580 CPU under the hood, with four 2.33 GHz cores, which is massive processing power in my mind and definitely worthy of 4 GB RAM. You will laso find the PowerVR G6430 GPU with OpenGL 3.0 support combined with the CPU, for 4K video playback and admirable graphics quality. Even though the innards are impressive on the handset, we would have liked an equally high-end camera setup on the phone, but the company seems to have compromised a bit on that.

The Asus ZenFone 2 camera setup comprises of a 13 MP sensor on the rear equipped with Dual-LED Real Tone flash and a 5 MP wide-angle lens on the front. Asus’ own PixelMaster software is also there to back up the cameras, and combined with the sensors, it offers brighter photos, low light shooting mode and you can even shoot panoramas with the front-facing camera, which sounds neat. All that jazz and the FHD display are powered by a 3000 mAh battery capable of fast charging to 60% in 40 minutes, which sounds great. Even though I would have advised a bigger battery on this phone, the fact that Asus chose an FHD display instead of a QHD one, coupled with the efficiency of the high-end CPU should make for decent battery life.

What we weren’t expecting to see appear so soon from Asus was a phone touting Android 5.0 Lollipop. Alas, we were wrong, and the Asus ZenFone 2 does indeed run on Google’s latest mobile operating system with a little ZenUI on top. Asus added in a few extra features many of you will be glad to hear about, such as icon and theme support, actions and app shortcuts accessible with gestures, a one-handed mode similar to what Apple put on the iPhone 6 Plus and a “Kids” mode.

The Asus ZenFone 2 release date is pegged for March, although we’re not sure if both the 2 GB and 4 GB RAM variants will be made available at the same time. Asus said that one of the models will cost $200, most probably the 2 GB one, which seems an outrageously good price for a pretty high-end smartphone. If Asus keeps the pricing this low for both variants of the Asus ZenFone 2, we might have the hit of the year on our hands which might pull the company out of the stalemate it has been in with its smartphones. Until we find out exact pricing for both models, take this bit of info with a grain of salt and stay tuned for more.

My life-long dream has been to test out every gadget on the market! Considering the fact that I've rapidly destroyed almost every gadget I've had so far, I'm not inclined to owning something, so my ideal outcome would be to have a different gadget each month. I'm really into smartphones, wearables and tablets and I love Playstation and Xbox, I'm sure I'll beat you at your own game (after a month of training... or two)
Previous Lizard Squad Member Arrested
Next Asus ZenFone Zoom: so this is what the teaser was all about