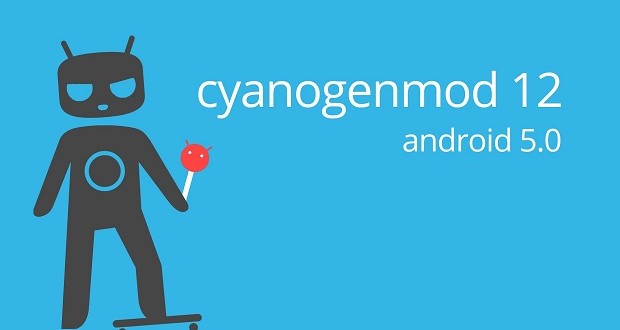 You can now download CyanogenMod 12 based on Android 5.0.1 Lollipop from the official source

CyanogenMod 12 with Android 5.0.1 Lollipop now available for most devices

CyanogenMod 12 has been announced earlier, most people expecting a release early in January, and it seems the company has finally caught up with expectations. Not only did it catch up, but Cyanogen released CyanogenMod 12 with Android 5.0.1 Lollipop for most Android devices that are compatible. The ROM from the famous company that has kicked off the OnePlus One last year is one of the best and most appreciated out there because it’s as close as you can get to stock Android and offers tons of customizations you can play with.

CyanogenMod 12 nightlies have began their rollout on January 5 and two days later, the hype is still building around the ROM. Even though this build is not final, as per Cyanogen, and CyanogenMod 12 M is set for a release later this month, the people behind our favorite mod say that they are almost finished with the final build and we should see the M release rollout by the end of January. What this means is that a few elements some of you might be familiar with from CM11 are not yet implemented and some devices that are supported are not yet listed. Elements that have not been implemented yet include the Theme Engine, Quick Settings reorganization and customization and Ribbon mode, navigation bar reorganization and customization, sound panel customization and lock-screen quick unlock.

The main idea behind the release is to introduce Android 5.0.1 Lollipop and its Material Design, alongside the new CyanogenMod 12 ROM to those who haven’t had the chance to get the official OTA from Google yet (One M8, much?). With the ROM, you can experience and enjoy Material Design on your device, as well as make use of a new messaging app, a few new options in the status bar as well as Ambient display. If you decide to install the ROM on your device, you should be aware that bugs are still imminent since it’s not a completely finished build. At the same time, you will have to have some knowledge about flashing your device, have a backup of your data and a full battery. If you already have CyanogenMod 11 M12 on your device, you won’t have to wipe your data, which is nice. You can get CyanogenMod 12 as well as see all the supported devices over at CyanogenMod downloads.

My life-long dream has been to test out every gadget on the market! Considering the fact that I've rapidly destroyed almost every gadget I've had so far, I'm not inclined to owning something, so my ideal outcome would be to have a different gadget each month. I'm really into smartphones, wearables and tablets and I love Playstation and Xbox, I'm sure I'll beat you at your own game (after a month of training... or two)
Previous CD Projekt reveals hefty Witcher 3 PC system requirements
Next Maserati with BlackBerry QNX debuted at CES 2015

A diligent developer over at the XDA forums has released a new custom ROM for ...