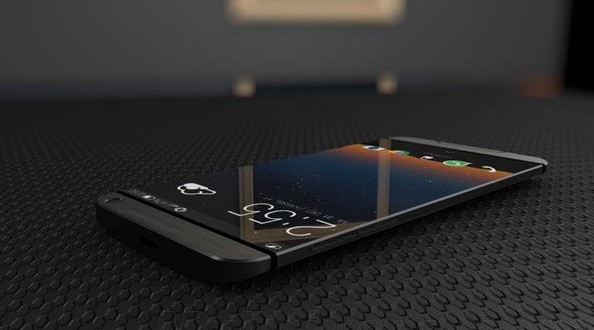 The HTC One M9 Hima might be available in two variants, one of them running on a MediaTek CPU

Sadly, the HTC One M9 Hima was a no-show at the Consumer Electronics Show in Las Vegas this week, although we did get a glimpse of a few new Desire phones, one of them, the Desire 826 being the first to come with Android 5.0 Lollipop out of the box. The fact that the HTC One M9 Hima didn’t make an appearance at CES 2015 doesn’t mean that all hope is lost, since our most probable release date of the phone is now set for March at the MWC 2015 conference.

Until the MWC, we can still share a bit of new information we got a hold of thanks to Gizmochina, who seems to have a lot of leaks regarding the HTC One M9 Hima up its sleeve. According to them, the handset should be made available in two different variants. One of those will be the one we’ve been talking about most, the Snapdragon 810-CPU powered variant, while the other will supposedly have a MediaTek processor to work with.

If HTC decides to outfit the new flagship with a MediaTek CPU, we might see a lowered price range for the handset, which would be welcome by most tech enthusiasts who might be sick of spending almost $1,000 each year on the newest flagships from HTC, Samsung, Sony and LG. Press in Taiwan got hold of a source saying that the Taiwanese HTC is ready to try out their hand with a MediaTek processor, namely the MediaTek MT6795 octa-core CPU, a 64 bit architecture CPU with a clock speed of 2.2 GHz and LTE modem.

Take this rumor with a grain of salt, because mind you, un-named press sources are not always reliable when it comes to future smartphone releases. Nonetheless, if this information is accurate, we might be seeing two HTC One M9 Hima devices being launched at MWC in March. Even though the release date for the HTC One M9 Hima isn’t confirmed, it’s the most likely scenario and date in our mind if the Taiwanese company wants to catch up to other OEMs like Samsung and LG. Regardless of veritability, if we were to be greeted with two versions of the flagship, we would be glad if one was cheap. Like the HTC One E8 with its plastic chassis. With a MediaTek CPU, HTC might compromise just the performance, but keep the metal design that will supposedly adorn the flagship.

Rumor has it that once the flagship and its MediaTek CPU- touting counterpart are released, the latter will only be available in Taiwan, but it’s unclear whether it would be brought over to the United States. Most rumors that have surface so far regarding HTC One M9 Hima specs include a 5 inch display with a 1080*1920 resolution, a Snapdragon 810 CPU backed by 3 GB RAM, Android 5.0 Lollipop with Sense 7.0 UI on top, a massive 20.7 MP rear camera and 13 MP front camera. Its price will probably be around $700, but since all of if this info still hasn’t been confirmed, it should be taken with a grain of salt.

My life-long dream has been to test out every gadget on the market! Considering the fact that I've rapidly destroyed almost every gadget I've had so far, I'm not inclined to owning something, so my ideal outcome would be to have a different gadget each month. I'm really into smartphones, wearables and tablets and I love Playstation and Xbox, I'm sure I'll beat you at your own game (after a month of training... or two)
Previous Maserati with BlackBerry QNX debuted at CES 2015
Next Toyota hydrogen fuel cell patents released to the world